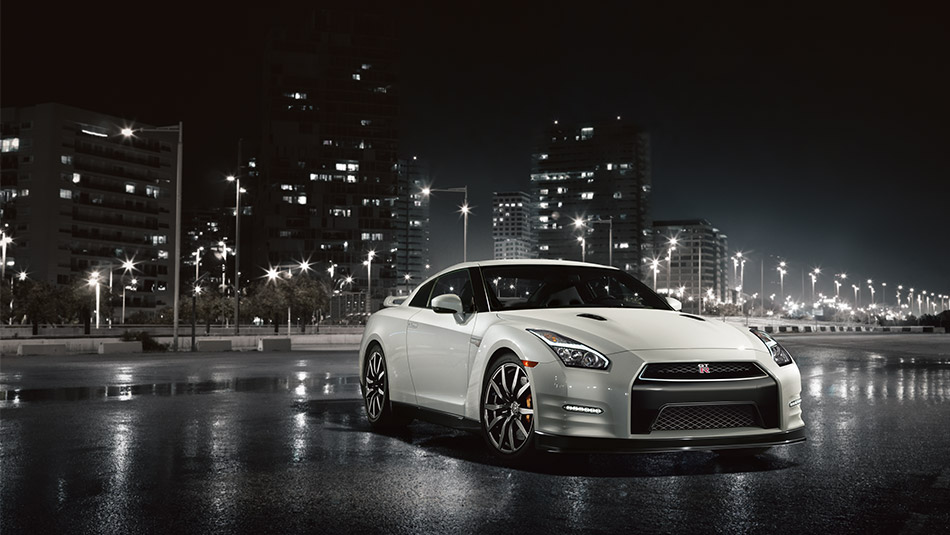 The Nissan GT-R is a 2-door coupe sports car which was released in 2007 in Japan. Designed by Shiro Nakamura, the sports car is considered as the heir apparent to the Nissan Skyline GT-R even though it isn’t classified in that range. This front engine, all-wheel drive has a 3.8 L VR38DETT twin-turbo V6 engine and a 6-speed semi-automatic dual transmission.

The GT-R has a curb weight of 3,810 lb (1,730 kg), with the hood, doors and trunks made of welded steel and aluminum. The transmission (rear mounted 6-speed), was developed by the Aichi Machine Industry and is combined with the ATTESA E-TS to move all the wheels.

The GT-R designer, Shiro Nakamura, has stated that the car’s design is meant as a reflection of Japanese culture and wasn’t derived from the typical European sports car. Aside from Nakamura’s team, the design of the car also received input from Polyphony Digital, developer of the popular Gran Turismo video racing games.

The Nissan GT-R is presently the only car constructed on the Nissan PM (Premium Midship) platform, which evolved from the Front Midship used in the Skyline series back in 2001. The GT-R is a hybrid unibody and built similarly to a racecar, with aluminum primarily used for the outer door skin, the trunk lid and the hood. For the inner door structures and the front shock towers, die cast aluminum was used. As for the other body panels, they were put in place with multiple strike coining procedure, ensuring the components are precise and rigid. A lot of thought and effort also went into the chassis design, and they have been fortified with carbon-composite front crossmember.

The Exterior and Other Features 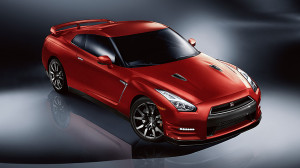 The Nissan GT-R exterior was finished with a six-stage paint procedure with chip resistant paint and double coating. Aside from this, there is a liquid effect finish (optional) that uses an 8 level hand polish process. The GT-R Premium edition also has a rear spoiler with body color, while the Black Edition rear spoiler is dry carbon fiber. Both editions have high intensity discharge headlights, LED brake lights and taillights, LED daytime lighting and automatic off/on headlights.

The Nissan GT-R has a maximum speed of 193 mph (311 km/h), and based on road speed tests the car can reach 0-60 mph (97 km/h) in 3.2 seconds with its launch control feature, which is useful for getting out of situations with low traction like mud or snow. The latest GT-R models have upgraded the launch mode and now call it the R Mode Start, which is turned on by setting the VDC and the transmission to “R” mode.

When using R Mode Start, there’s no need to change the suspension settings. After setting the VDC and transmission to R, the driver just has to hold the brakes, throttle and release the brakes. When the GT-R is in this mode the rpm is at 4,000 but doesn’t void the warranty in any way. The system permits the driver to do up to 4 hard launches, after which it locks down and can only be unlocked after driving the normal way for at least 1.5 miles.

Because of its specs, it’s not surprising that the Nissan GT-R is regarded as one of the fastest sports cars around. According to Nissan, the GT-R has a lap time of 7:26.7 using Dunlop tires, and is one of the speediest on the Nürburgring Nordschleife circuit. In October 2012, it was able to set a lap record on that track.

Best All-Around Vehicle of 2014: Honda Accord

Everything Buyers Should Know About the BMW M3 Sedan