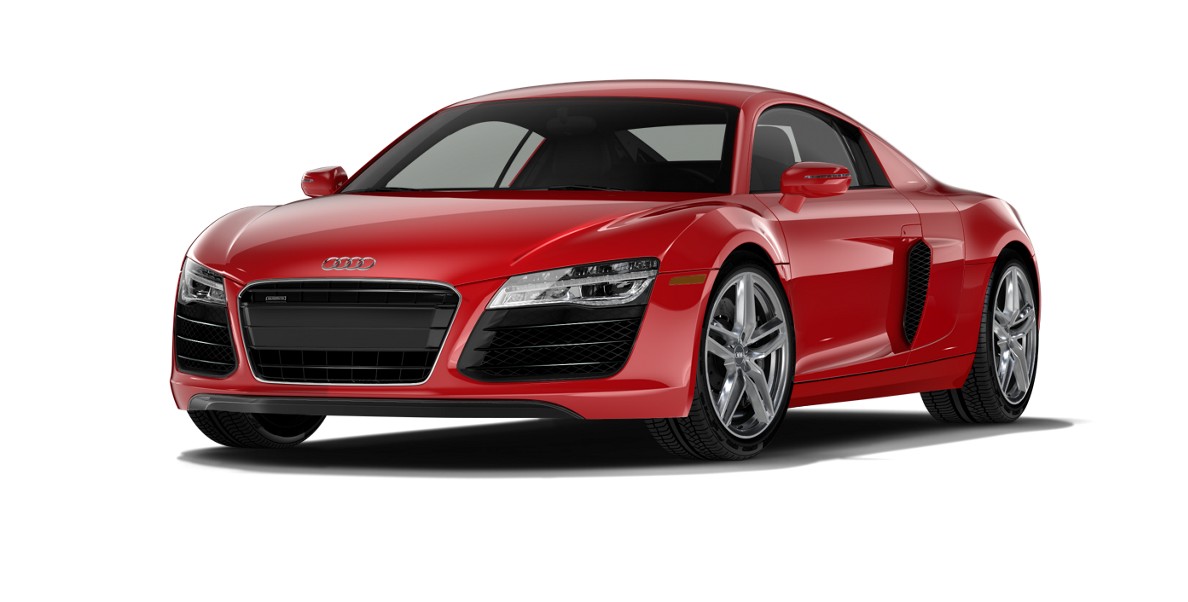 The Audi R8 is a two-seat convertible with impressive interiors and powered by a mid-mounted engine. This car which is manufactured by the German carmaker has two engines – the 4.2-liter variant and a powerful V10 that makes the car at par with exotic vehicles like the Porsche 911 Turbo. But aside from the potent engine, what makes the Audi R8 such an extraordinary vehicle? 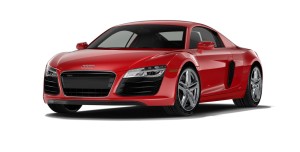 Aside from its dual-clutch automatic system, the Audi R8 has a manual transmission system that comes in six ratios. You’ll love the metal gate encircling the stick that results to a nice clink with every gear shift.

As mentioned earlier, there are two engine choices for the R8. The more modest 4.2-liter V8 engine can produce a good enough 430 horsepower at 7,900 rpm. Fuel use is at 11 miles per gallon for city driving, while the number increases to 20mpg for highway driving. When using automatic transmission, fuel economy rises to 14mpg for city driving and 23 mpg for highway driving.

The car can speed up to a maximum of 193 miles per hour. It is capable of speeding up to 60mph in just 3.6 second from a complete stop.

The interior layout of the R8 is designed in such a way that all controls are placed within easy reach of the driver and passenger. Driving hundreds of miles can be tiring when using any other car, but when you are behind the wheel of the Audi R8 any trip regardless of the distance seems to be a breeze. Credit should be given to the luxuriously comfortable seats of the R8.  The leather seats are not only comfortably stuffed but also electronically controlled, providing that kind of elegance and superiority owners of the R8 demand from a supercar.  The cargo space may not be that generous, but it can still store up to two golf bags.

Because its cost hovers around the six-digit mark, you can expect the Audi R8 to have the most advanced features like climate control and satellite navigation. The familiar Audi R8 badge is conspicuously placed inside the car, from the steering wheel to the gear stick to the on-board monitor. It also has an impressive Bang & Olufsen stereo with SiriusXM satellite radio, rearview camera, ultrasonic parking sensors, and a 12-speaker system.  Other optional extras that drivers can have in their supercar are ceramic brakes and magnetic ride suspension. Owners of this car can also opt for extras like Nappa leather upholstery, carbon fiber trim and alcantara headliner.

The body of the Audi R8 is enough reason for some motoring enthusiasts to shell out tens of thousands of dollars for this car. After all, its exterior is a thing of beauty. Audi slightly altered its 2012 model to produce a vaguely different 2014 version. For instance, the new version no longer has the wings found on the front bumper of the 2012 model, giving the 2014 version a sleeker look. The newer model also comes with a single-frame front grill that has more noticeable horizontal crossbars.

This car also has LED headlights, which was also present in the 2012 model. But the newer version has the LED driving lights placed in the middle of the headlight assembly, instead of the bottom part that was characteristic of the older model.

The 3,500-pounder car also has a different taillight orientation. The LED taillights are now dynamic, moving from the innermost part to the outermost edge of the signal housing to indicate the direction in which the car is turning.

A 2014 Audi R8 with manual transmission costs as low as $120,000, including destination fees and taxes. However, be prepared to pay extra if you prefer to have the seven-speed dual clutch transmission. The price of the Audi R8 is within range of other supercars like the Porsche 911 Turbo, however, it is believed to have a slightly lower resale value compared to the latter.

Motoring enthusiasts who can afford its prohibitive price tag will love the impressive performance and plush interiors of the Audi R8. However, it may turn off some drivers who want a rear-wheel drive car.

All About the Scion FR-S

Facts About the BMW M5