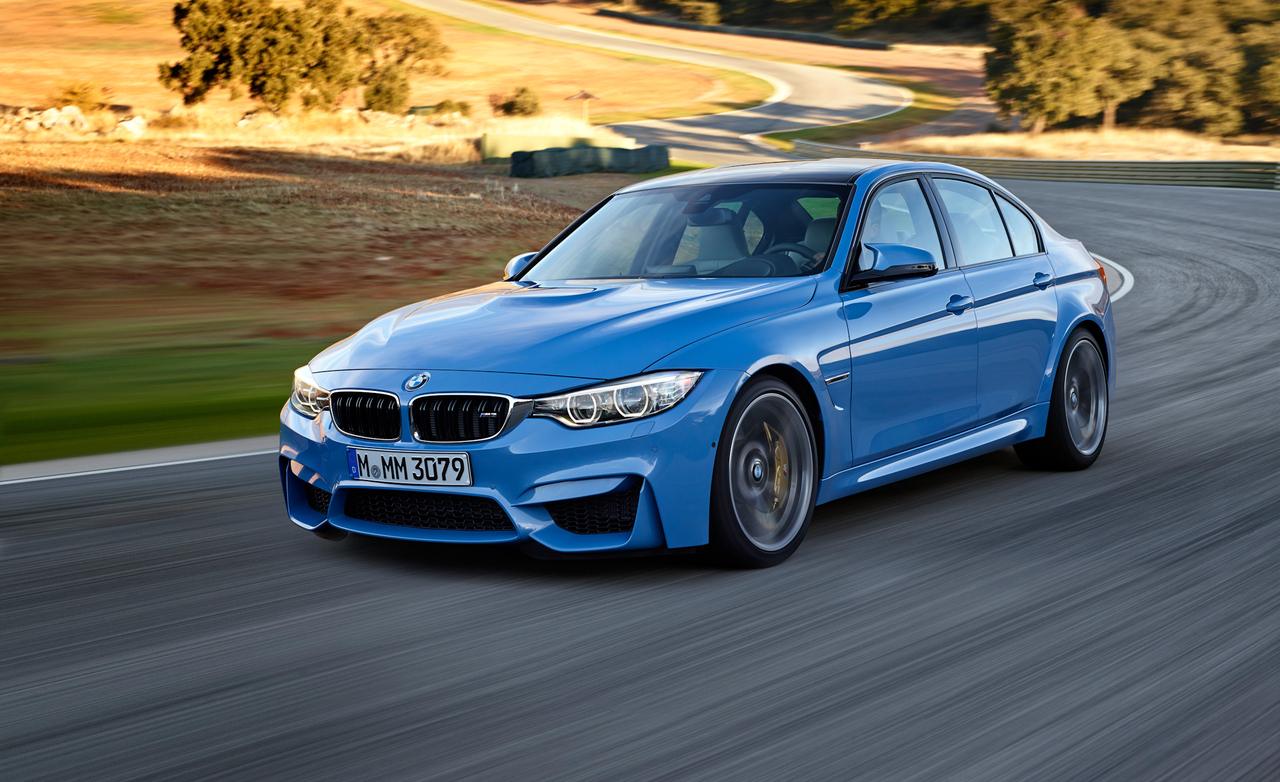 The BMW M3 is a rear wheel drive, front engine four-door sedan with a five passenger seating capacity. It’s one of the most popular models that BMW has released, and it’s easy to explain given its 414 hp, useful road features and a spacious interior. However, there’s a lot more to the M3 than that.

The M3, from a distance, looks like a typical family sedan, but a close inspection will reveal that it has a lot of powerful features that aren’t available in other vehicles in this class. Under the hood the M3 has a 414-hp, 4.0-liter V-8 engine, designed just for this model. Other features that make it stand out from other sedans are its large drilled brake motors as well as the grills along the front fenders. The M3 also doesn’t have fog lights and instead has sizeable air intakes for the engine and brakes.

The M3 is also notable for its low nose and low profile, very suggestive of power. This becomes more evident the moment you crank up the engine and run through the half a dozen six close-ratio gears and reach the 8400 rpm limit. The difference in power is evident during speed tests as the latest M3 outperforms the older M3 coupe by 0.2 seconds. In addition, this sedan can reach 60 mph in 4.1 seconds and speed through a quarter mile in under 13 seconds, well, 12.6 to be exact. While BMW has stated the M3 speed limit is 155 mph, speed tests show it can actually reach 161 mph. 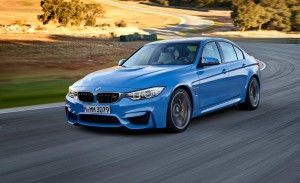 This isn’t the first M3 model that BMW has released, and in fact it is a fourth generation vehicle but it is the first one that uses the power of the V-8. The V-8 in the car is very powerful, but it is 33 lbs lighter than the 3.2 liter 333 hp inline six-cylinder that it has replaced. The V-8 specs also comes with its own version of the manufacturer’s Double VANOS camshaft control and a light forged crankshaft that allows it to reach those high rpms. Overall, the M3 has a really remarkable engine design.

A seven speed dual clutch automated manual is being developed for other models, but the current M3’s six speed manual is very smooth and works just fine. The clutch action works perfectly and it doesn’t have the engagement issues found in other manual fitted cars. True, the manual on the M3 is firm, but not to the point that it gets frustrating while you’re trying to get out of traffic.

The M3 also has an optional MDrive with which you can make adjustments to the steering of the car as well as other electronic safety features. The default settings are all right and should suit most drivers, but if you’re particular about driving, the M3 allows you to customize the driving experience until it’s just the way you want it.

The interior is spacious but somehow feels cozy at the same time, and the instruments and controls are typical of other BMW models so if you’ve driven a BMW before, it will be familiar. The steering wheel is laced with red and blue, and the dimensions feel just right for driving. The seats for the front and back are comfortable and adjustable, and the seats in the rear should be sufficient for two adults with no cramming. The trunk space isn’t that large but ought to be enough for most people.

The M3 on the Road

Of course the real test for any car is the drive, and the BMW M3 certainly delivers on this aspect. There’s a reason why many drivers consider the M3 as the standard by which all other sedans are measured, as its brakes are linear and progressive, and the handling is as effortless as it is superior to other cars. The other thing that separates the M3 from other sedans is its ability to handle different kinds of surfaces including rough roads. While you can drive the M3 on a variety of roads, it really shines on fast circuits and racetracks where it can go through corkscrews easily.

The tires aren’t that noisy, and the weight at 1840 on the rear and 3680 up front is an indication of how well balanced this car is. As fast as it revs up, the M3 is also good at stopping because from 70 mph it takes only 161 feet. Above everything else, the BMW M3 is easy to handle thanks to the built-in stability. All you really need to do is make sure the wheels are pointed in a straight line and you get all the power you can handle. It’s a sedan all right, but it’s much more than that.

Facts About the Nissan GT-R

What You Need to Know About the Nissan 370Z