Purchasing a car is a big investment, and that’s the reason why you need to make sure you’re getting the car that meets your needs and budget. Right now, two of the most popular sedans are the Lexus IS350 and the Infiniti G37. Each car has its own supporters but if you’re still undecided and not sure about their specs, this head to head comparison article will serve as your guide.

Overview of the Infiniti G37 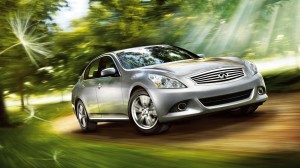 The G37 is available as a folding hardtop convertible, coupe and sedan. The coupe and sedan has an all-wheel or rear drive, but the convertible is only rear-drive, and the sedan has room for five people while the other styles can seat up to four. The exterior has headlights sweeping back and forth as well as a large grille and a curved hood. Other exterior features include 17 inch alloy wheels, xenon headlights and optional 18 inch alloy wheels.

Overview of the Lexus IS350 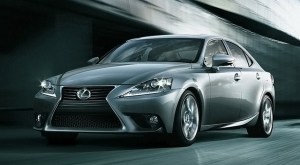 The IS350 is available as an all-wheel drive or a rear drive, and its most prominent exterior feature is the large spindle grille, and the LED under the headlights add to the imposing look. The wheelbase of the IS350 is longer by 3 inches compared to previous editions, but it is still proportional to the rest of the vehicle.

The interior has room for five and the dashboard has also been redesigned, now more in line with the industrial appearance of other Lexus models. The Remote Touch navigation is here, and there is a split folding backseat as well, though it isn’t flat on the cargo flooring.

The Infiniti G37 offers more room for passengers in the backseat compared to the IS350 because of the superior legroom. The front head and legroom advantage the G37 provides make it a bit more comfortable for drivers. In terms of convenience, the G37 also has the edge because it uses fuel more effectively than the IS350, so it isn’t just more convenient to drive but you won’t have to spend as much time going to the gas station, very important if you drive around a lot.

The MSRP for the G37 is $32,850 to $52,750, while for the IS350 it is $39,615 to $41,850, making it more affordable. However, a lot of factors have to be considered when it comes to the cost. Aside from the manufacturer’s suggested retail price, you also have to account for the Destination Charge, which is the fee for transporting the car to the dealer from where it was constructed. In this regard, the two are the same.

The Lexus IS350 is wider compared to the G37, but it is shorter, although the difference between the two isn’t that significant with regards to making the vehicle easier to park than the other.

The torque for both cars is similar so when it comes to putting in the engine’s power in their wheels, it’s the same. As for handling, both are very good, but the IS350 has the slight edge because the turning radius is smaller, making it easier for a driver to maneuver in and out of tight spots.

The seating capacity is similar for both cars (5) and both have ample room for groceries and other things you might think of putting in there.

When you go through the specifications of each car, it’s clear that the Infiniti G37 has the edge. Whatever the difference in price may be, the G37 seems to offer much more value. In terms of style, everyone will have an opinion and preference, but the G37 is definitely the winner in the power department with its 328 Hp, 3.7 L engine. It doesn’t just have a superior fuel capacity but its 7-speed transmission is definitely better. This isn’t to say the IS350 doesn’t offer anything good, because it does, but the G37 is just better in many ways.