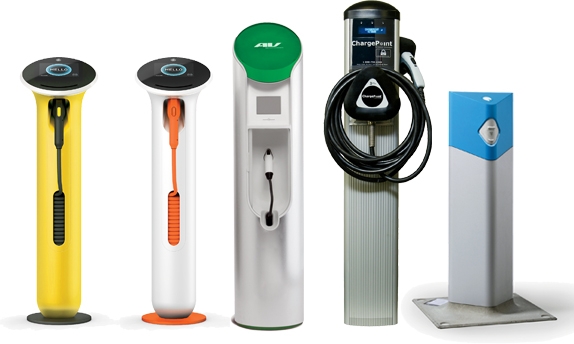 Many motorists aren’t exactly excited with electric cars. Although it is true that electric cars provide a more environment-friendly means of transportation compared to traditional vehicles that use gasoline, there are still lots of problems to be solved. One is the price, as these electric cars are very expensive.

Another problem is the lack of infrastructure, as there are not enough charging stations even in big cities like New York. Obviously, motorists would want that they can charge electric vehicles much more easily, and preferably anywhere they choose.

While the prices of electric vehicles may not go down anytime soon, there are at least plans to develop an easier and more convenient way of charging EVs. One is wireless charging, an ambitious project between Daimler AG and Qualcomm Venture.

Daimler AG and Qualcomm Technologies recently announced that they are collaborating on a project that would enable wireless charging for electric vehicles, particularly for future models of the AMG SLS Electric Drive and B-Class Electric Drive.

Qualcomm has been working on wireless electric car charging for years. Its Halo technology eliminates the need to plug in cord for charging of vehicles. But its partnership with Daimler, the company behind Mercedes Benz, should indicate that both firms are trying to find better ways to make electric vehicle charging more convenient.

Another automobile giant, BMW, has started a project called Light and Charge. It combines an electric charging solution with a street light, taking advantage of the fact that there are many street lights placed at regular intervals in many roads.

The firm’s ChargeNow charging station can now be integrated with existing street lights, allowing any electric vehicle owner to park and plug for a quick charge. The charging system is quick and easy as the motorist would only have to use an app for this purpose. After hooking the car up to the light, the motorist will have everything else controlled using the app saved on a tablet or smartphone.

Because it is an app, car owners can leave the car and go to a nearby mall or coffee shop. They will be alerted through the smartphone that their electric vehicles have been fully charged.

The pilot scheme has been rolled out in Munich, Germany. The German automaker hopes that the project will become successful enough for it to expand the system to other countries.

In San Francisco, three solar-powered charging stations for EVs have been set-up. The charging stations are found in high traffic areas, and even better, motorists can plug in for Level 2 charging for free. This can help their cars last for 10 miles per hour.

The project was initiated by a group called Charge Across Town, and has basically countered arguments of critics who say that electric vehicles are not exactly environment-friendly because the electricity used in charging these vehicles are still generated by coal-fired power plants.

There is a similar project in Dorset, United Kingdom. The said solar powered rapid charger is said to be able to recharge an electric vehicle in as fast as 40 minutes.

The charging station is located at the Poole Civic Center. It is the first of its kind in the United Kingdom, and installed as part of the government’s efforts to encourage more motorists to try electric vehicles. There are more charging stations to be installed in Dorset after a grant from the UK Department for Transport.

The said charging station draws power from its solar panels. What makes it a very intriguing project is that it can charge faster than standard chargers which can take up to 12 hours.

During the day, this rapid charger is powered by a solar panel installation that is installed on the roof of a multi-storey car park.

Slowly but surely, electric vehicle charging projects are mushrooming in many parts of the globe. It would only be a matter of time before every part of the city would have an EV charging station. This only goes to show that despite their sluggish sales, electric vehicles are still considered the future of transportation.