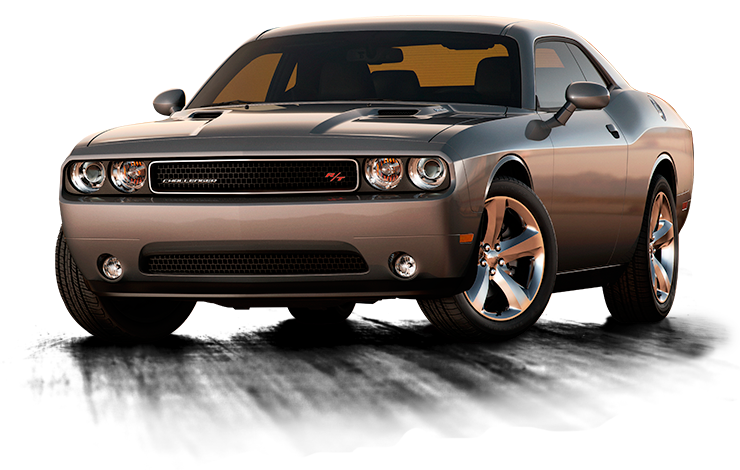 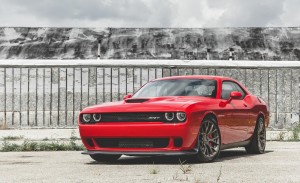 The Dodge Challenger goes all the way back to the 1970s. It debuted in the fall of 1969, sharing the short-deck, long-hood body with its twin, the Plymouth Barracuda. However it created more interior space than the Barracuda tanks to its wheelbase which was two inches longer.

The Challenger became a big hit in the ‘70s that it was featured in the movie Vanishing Point. Muscle car fans remember this as a movie with high speed car pursuits, and which was later remade for the small screen in 1997. The Challenger was also shown in other films like Natural Born Killers, Used Cars and Phantasm as well as the television show Mod Squad.

But that was it for the Challenger, at least in terms of sales during the decade. The succeeding versions never reached more than 32,000 units and before the middle of the decade, a little less than 14,000 units of the Challenger were sold. By 1975, muscle cars were almost out of the limelight, and so was the Challenger.

But the Challenger made a comeback in 1978 when Dodge revived the name for a four-cylinder Coupe that appeared in Japan. The Challenger was marketed as a competition against other sedans like the Toyota Celica and Honda Prelude. It had a wheelbase measuring 99.6 inches and its overall length measured 180 inches.

It had a 2 liter standard engine with a 77 horsepower. The car boasted of a five-speed manual transmission and three speed automatic control. The Challenger was carried over to the next decade, only to disappear after 1983.

In 2008, the Dodge Challenger was reincarnated as a taller, bulkier modern muscle car. Many automobile fans consider the Challenger as the most faithful to its predecessors as in terms of style and driving mechanics.

The 2015 version of the Challenger is powered by a 3.6 liter Pentastar V6 engine which can produce a nice 305 horsepower and 268 pound of feet torque. The rear-driven car has an eight-speed automatic transmission. Motorists who want more power can choose the Challenger which has a 5.7 liter HEMI V8 engine which can produce 375 horsepower and 410 pound-feet of torque. Power is controlled by a six-speed manual transmission. The Challenger is capable of zooming to 60 miles per hour in less than six seconds.

There is still no word on how fuel efficient the Challenger would be, but Dodge says that it will be more efficient due to the installation of a Fuel Saver Technology. This feature shuts down four cylinders when the engine does not need power. Said technology is only available on vehicles with an eight-speed automatic transmission.
The latest incarnation of the Challenger will come in eight trim levels.

As mentioned, the Challenger is perhaps the most faithful of all the modern muscle cars to its previous incarnations. The current model takes most of the design cues that made the first Challenger a muscle car classic, like the long and narrow opening for the headlights and the rectangular tail lamps.

Inside the car is a dashboard that is loosely inspired by the 1971 model. There is also a three-spoke steering wheel in the latest Challenger, with a seven-inch display that is placed between the speedometer gauge and the tachometer.

There is a five-inch touch screen found on the center stack, which allows drivers and passengers to access the connectivity, entertainment, and climate control functions of the car. Another impressive feature of the Challenger is the Uconnect infotainment system that can be accessed using a larger 8.4 inch touch screen. With this function, drivers can do tasks like making hands-free phone calls.

The new car engine model was announced in time for the centenary anniversary of Dodge. With the renewed interest on the Dodge Challenger, it looks like the American auto brand would be around for another 100 years.

The Meteoric Rise of Tesla Motors