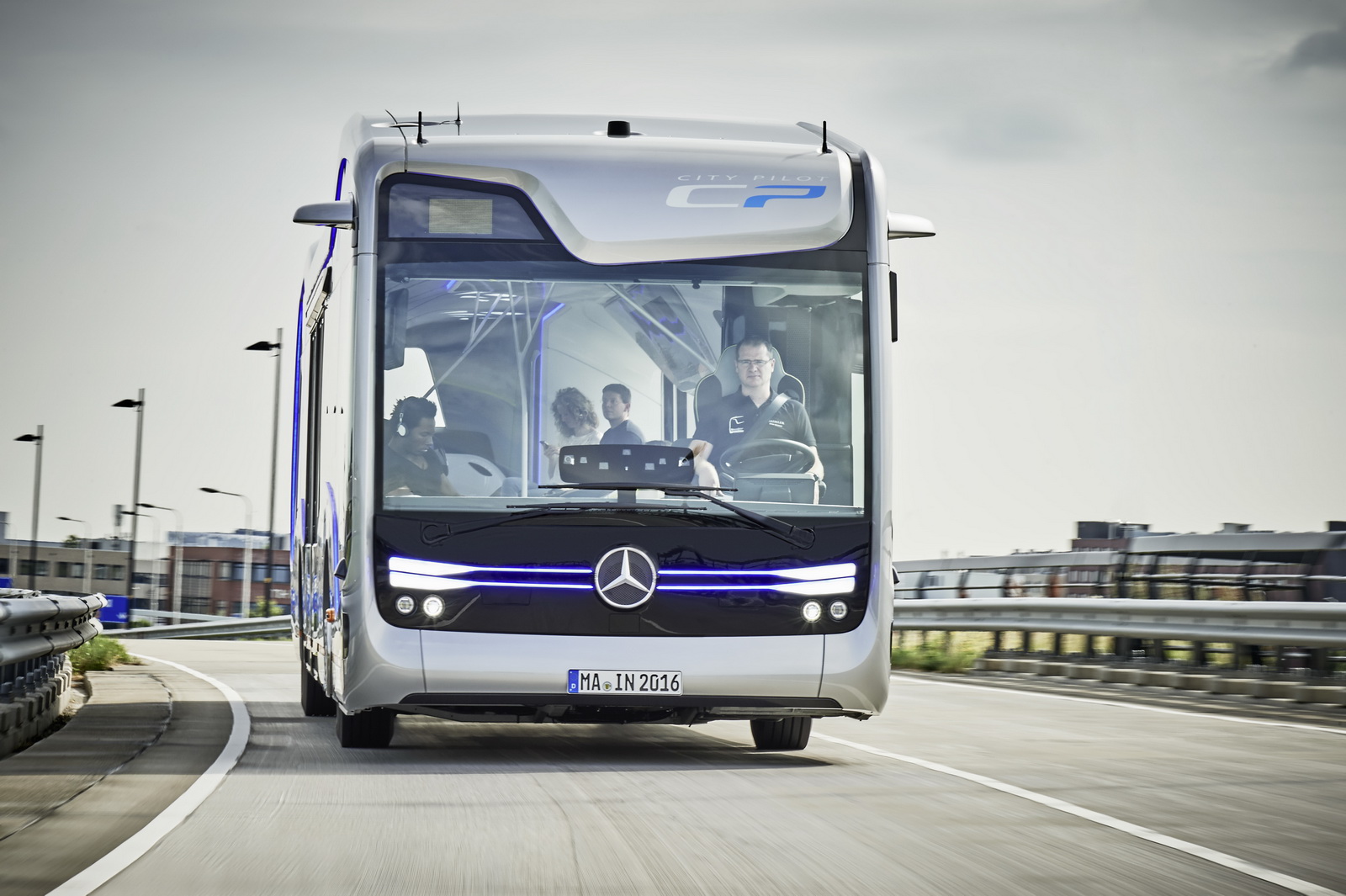 These are actual buses in the actual streets, with no actual drivers

In 2018, Singapore will test out the use of 2 self-driving buses in its public fleet on the streets. These buses will run near the Nanyang Technological University (NTU), which is apt. After all, the university did help in creating these buses in the first place.

These aren’t just small shuttles, however, unlike in some places where the term “bus” is used too loosely. These are true-sized buses that can carry up to 80 people at one time. Its route will ferry passengers from NTU all the way to the CleanTech Park located in the Jurong Innovation District. The experts expect that the use of these buses can help in easing the traffic in the area during the peak hours.

Management duties for the 2 self-driving buses will be shared by the NTU and the Land Transit Authority (LTA), which is the public transit regulatory commission for Singapore. In the peak hours, the buses may also be deployed in other locations. They can be sent to places where the demand is great, and computers for the bus can calculate the best and fastest possible routes for the vehicles. These features will enable the bus to ferry as many people as possible aboard, and it will help reduce the number of vehicles on the road.

According to an NTU executive director, the test is to make sure that operations are smooth and finalized, so that the entire scope of the program can be scaled to increase from 2 buses to perhaps even the entire fleet of public buses.

It’s easy enough to imagine the various benefits of self-driving buses. Such buses are eminently safer to ride, and the rides are smoother. Traffic snarls can be avoided.

These benefits can make riding a bus popular again, and that development can lead to even more benefits. It reduces the amount of private cars on the road, and that means less traffic and less pollution in the air. People can get to work faster and it can lead to an increase in popularity. It also decreases road rage, as these buses reduce traffic and eliminate the need to find parking spaces as well.

Who says the bus is going the way of the horse and carriage? That’s actually what was reported in an NYC study, which revealed that riding in a bus has dropped precipitously in the Big Apple, along with most cities in the US.

·         Las Vegas, Nevada. A small self-driving bus is plying a short route of just 3 blocks along Fremont Street. The electric bus can carry up to 12 passengers, and the speed is limited to 16 mph. Safety features include obstacle sensors, an emergency stop for passengers, and an onboard monitor for passenger safety.

·         Trikala, Greece. This is a small city of just 80,000 people, but you can find electric buses here that can carry 10 people at one time along a 1.5-mile route. Some parts are on dedicated road lanes, but along the way it also shares the road with other vehicles, bikes, and pedestrians.

·         Lausanne, Switzerland. A 6-month test in 2015 at EPLF University involved 6 shuttles that drove students and faculty members from the local metro station to various spots on campus. The route used a dedicated track, and no incidents were reported during the whole trial.

·         Wageningen, Netherlands. There’s a plan to test out a shuttle that can drive 6 passengers at one time automatically. What’s special in this case is that the bus is traveling on completely public roads instead of dedicated tracks, and the bus is completely autonomous with no special supporting infrastructure. The drive will last 17 minutes going from Wageningen to Ede in the central part of the Netherlands.

·         Zhengzhou, China. A bus company in China tested a self-driving city bus that traveled a 20-mile route from Zhengzhou to Kaifeng. This is an especially advanced bus, though for safety there was a real driver behind the wheel. But during the test, the driver didn’t have to do anything. The bus was able to reach speeds of up to 40 mph and was able to change lanes along the way. At stoplights, it stopped all by itself without any need for human assistance.

·         Milton Keynes, UK. It’s not really a bus, as it’s more like a shuttle. A test involved 40 of these in pedestrianized areas, and its purpose was to help commuters travel short distances. It’s great for helping the elderly as well as shoppers with their purchases.

It’s obvious that self-driving buses are more practical and more beneficial than just private self-driving cars. With more of these on the road, streets are safer, road rage becomes less of a problem, and traffic snarls may be a thing of the past. It’s a bus to the future, and the future is now.

The Modern Tech behind the 4 by 4 Off-Road Capability