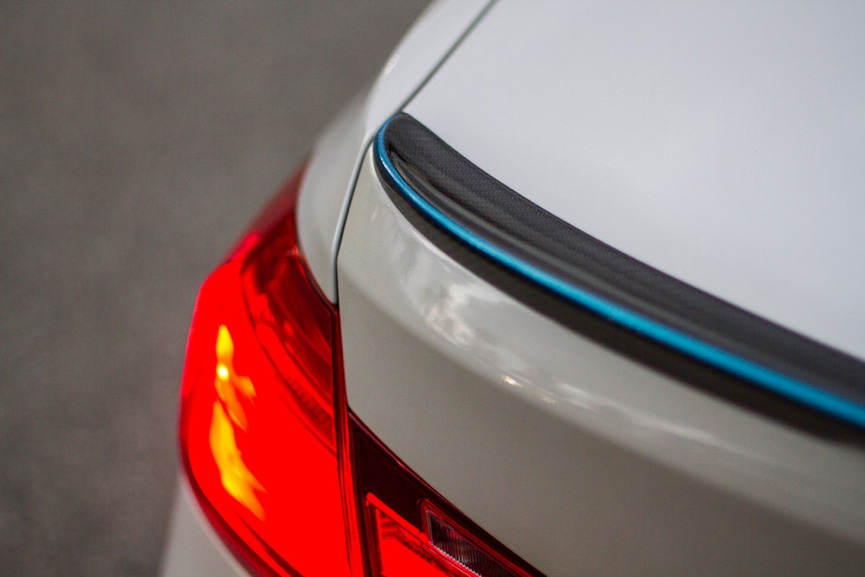 Slick, stylish and sporty are just a few words that sum up BMW’s sought after Z4 18i sDrive 2dr. The Z range remains very popular in the UK because of the fantastic experience that it provides driving down Britain’s beautiful countryside roads – there are few things as satisfying as feeling the wind in your hair as you weave down these scenic roads.

The Z4 18i is also the cheapest model in the range, meaning that it is an affordable way to get behind the wheel of an attractive car that is sure to turn heads. As it is a BMW, you know that the build quality is excellent and that this is a car that will deliver a thrilling driving performance.

The Z4 range originally rivalled popular roadsters like the Porsche Boxster, Audi TT and Mercedes SLC, but it struggled to compete as it was not as responsive with a soft suspension setup and a lack of an affordable diesel version. Despite this, it still appealed to many thanks to its beautiful design, powerful engines and exceptional build-quality. The Z4 was also known for a folding metal roof as opposed to fabric, which helped the Z4 to feel more refined and secure than its rivals.

In terms of design, the Z4 is one of the best looking cars in its class with a sleek design that was tweaked to keep it fresh with each new generation. The metal folding roof also means that it looks just as sharp with the roof up as it does down and you could even opt for contrasting colours for a bold statement.

As you would expect with a BMW, the cabin is upmarket with high-quality materials and a stylish wraparound dash design. Despite its small size, it is surprisingly spacious inside with plenty of leg, elbow and headroom (especially with the top down, of course!). One drawback is that the metal folding roof takes up a lot of the luggage space in the boot, so storage can be problematic.

All versions feature alloy wheels, climate control, a DAB radio, xenon headlamps and Bluetooth. The Z4 features the iDrive wheel on the console which operates the sat-nav and infotainment system – this is expertly designed and those new to the BMW range will quickly get used to working it.

You can get a closer look at what the Z4 18i looks like by checking out this video (also featuring a friendly dog/bear!).

The Z4 18i is powered by a 2-litre four-cylinder turbocharged petrol engine with 154 bhp and an impressive 199 lb. ft. torque. The performance statistics are relatively modest with a 0-62 time of 7.9 seconds and top speeds of 137mph, but this is to be expected as an entry-level model in BMW’s desirable roadster range. The Z4 18i is capable of 41.5 mpg combined and emits 159g/km of CO2, seeing it fall into the I VED tax band. It also falls into a cheaper insurance band (33) than the 20i and the 28i, so this is another big saving that you could make by opting for this model. The best place to find this model will be reputable used car dealerships like Unbeatable Car for UK and websites such as Cars.com for US audience.

So, what does mean for the experience behind the wheel? The Z4 18i features very well weighted steering which is, in part, thanks to the light engine which helps to keep the weight down. Gear changes are hugely satisfying, but performance starts to dip as the revs rise. As a result, this roadster is not ideal for stretching its legs and this may deter those with a need for speed.

Although it may not allow for blistering acceleration, the Z4 18i is still incredibly satisfying to drive in urban areas and on long, winding country roads and this will appeal to many. Again, it is the fact that it is an entry-level car which means that it does not compete against other vehicles in its class performance-wise, but this makes it a great choice for those that want to experience life with a roadster without breaking the bank.

Motorists looking for something punchier in the BMW range might want to consider the brilliant M3 CS – a lighter and more powerful limited edition with a blistering 453bhp inline-six engine capable of 0-60 in just 3.7 seconds. This will certainly scratch the itch for those with a need for speed.

Whilst it is not the most impressive in its range, the BMW z4 18i sDrive 2dr remains a roadster in demand. This is because it is an affordable way to get behind the wheel of a head-turning BMW roadster that still performs well and is ideal for British countryside driving. Other vehicles in its class can cost a fortune to buy and run, but this is not the case with this model.

How the XSE V6 Will Change Toyota Camry Brand