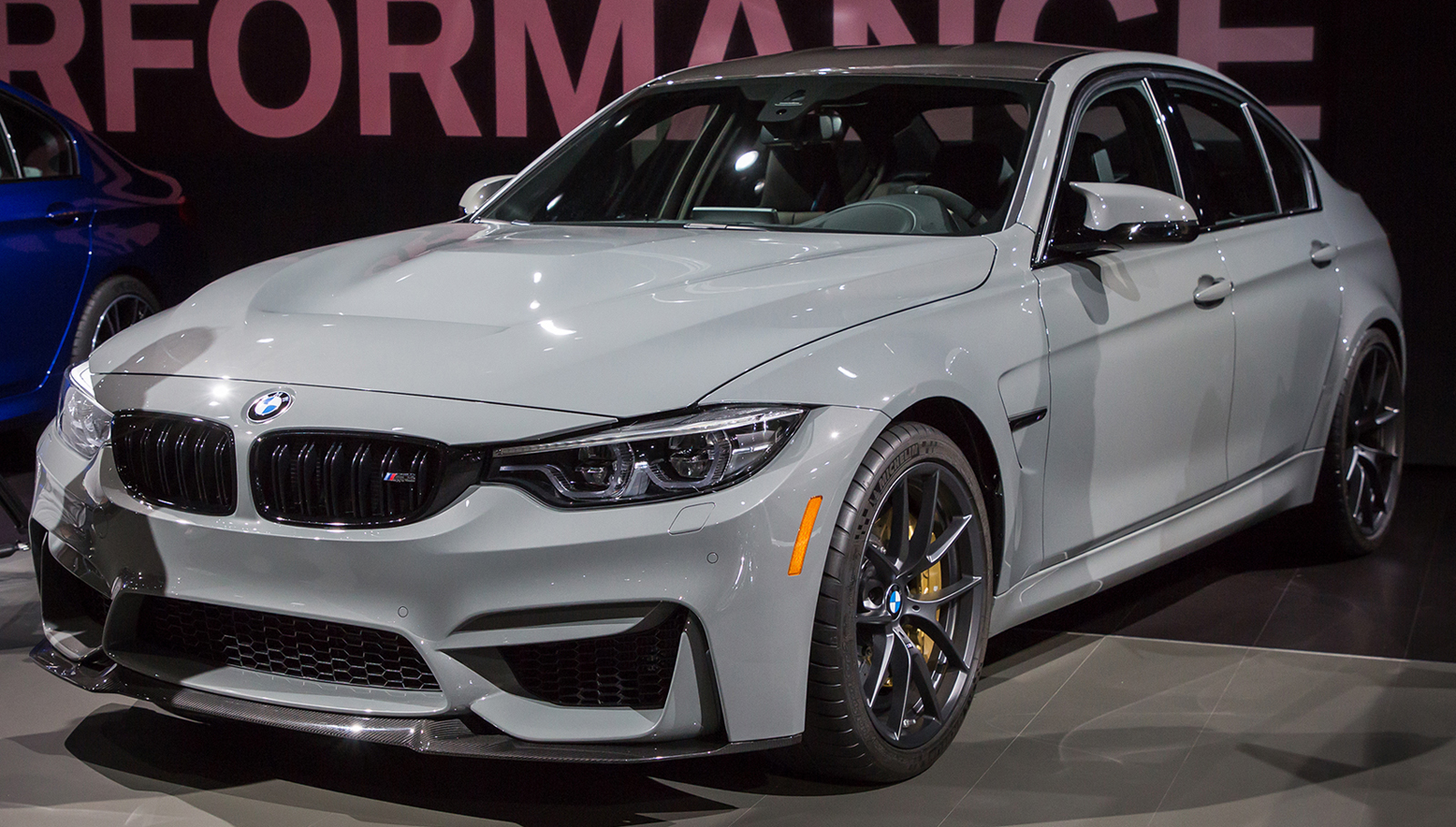 BMW, the German Auto-giant has always embarked upon the CS moniker to designate sporty coupe models, dating back to the 3200CS which took the market by storm in 1961. The concept not only travelled all the way to the 2000CS but also reflected on the BMW’s debut-gen 6-series. Subsequently, the 850CSi grew up as the fastest 8-series whereas the tag for the most amazing E46 M3 was again given to the CSL. And now, BMW is all geared up to launch their first ever four-door CS which will be unleashed in market in the form of the limited-edition M3 CS.

Yes, you guessed it correctly! The latest CS will bring with it some notable performance upgrades. It commences with the S55 which will feature an inline-six engine with power equivalent to 453 horses, which is considerably better than the regular M3’s 425 hp. In fact, the car’s maximum torque achieves newer heights by peaking 443 lb-ft against its predecessor’s 406. A 7-speed dual-clutch automatic transmission comes standard to the car and also marks the only choice for the CS; as the makers bid an adieu to the 6-speed manual transmission.

Loaded with the latest-tech and upgrades, the car sprints from 0-to-60-mph in merely 3.7 seconds.  All the CS models will be loaded with the goodness of the driver’s package (costing you $2500 on the M3), which implies that the car’s top speed achieves newer milestones thanks to the top speed of 174 mph. Furthermore, BMW plans to give its buyers a one-day driving class at the BMW’s U.S. Performance Centres.

What helps the CS achieve better performance and enhancements were the software updates, and the deployment of the best software engineers at BMW’s M division, who recalibrated the chassis with precise settings for the adaptive suspension. The changes also incorporate the electrically assisted power steering, the stability control system, and the Active M Differential. Furthermore, the exhaust system is fine-tuned to produce an exclusively aggressive sound.

As BMW admits, the CS is lighter than a standard M3 by 110 odd pounds. The lightweight components incorporate a carbon fibre roof and a carbon-fibre hood that are both optional on other M3s, whereas they come standard on CS. The front splitter makes use of the exposed carbon fibre and a decklid spoiler, while the rear diffuser derives inspiration from the M4 GTS. Riding on the Michelin Pilot Super Sport tires, the M3 CS sought inspiration from the DTM race cars to feature matte-grey wheels.

Diving inside the M3 CS’s interior, one comes across some special touches that elevate the car’s overall appeal.  Some of the standard equipment loaded on the car includes Harman/Kardon audio system, sport seats, and an ultra-modern navigation.

The merino-leather-crafted interior follows an exclusive grey and black color scheme, whereas the engine comes to life just by the push of a button. The cabin follows an attractive trim wrapped in micro suede, to surpass the traditionally used wood, aluminium, or carbon fibre. Not to forget, the car features a plethora of CS badging, too. One immaculate touch: tricolor M stripes inscribed on the seatbelts.

The U.S. market is all set to be showered by a mammoth share of M3 CS production, which boils down to roughly 50 percent of the total 1200 units planned to be produced. What’s better? You will be gifted with the luxury to place the orders for the first ever four-door CS from May 2018, but do contact your dealer in advance to make sure that you find your name at the top of the list. Pricing is yet to be announced and is expected to be declared closer to launch.

The Ford Kuga and Why Automatic Could be the Smarter Choice