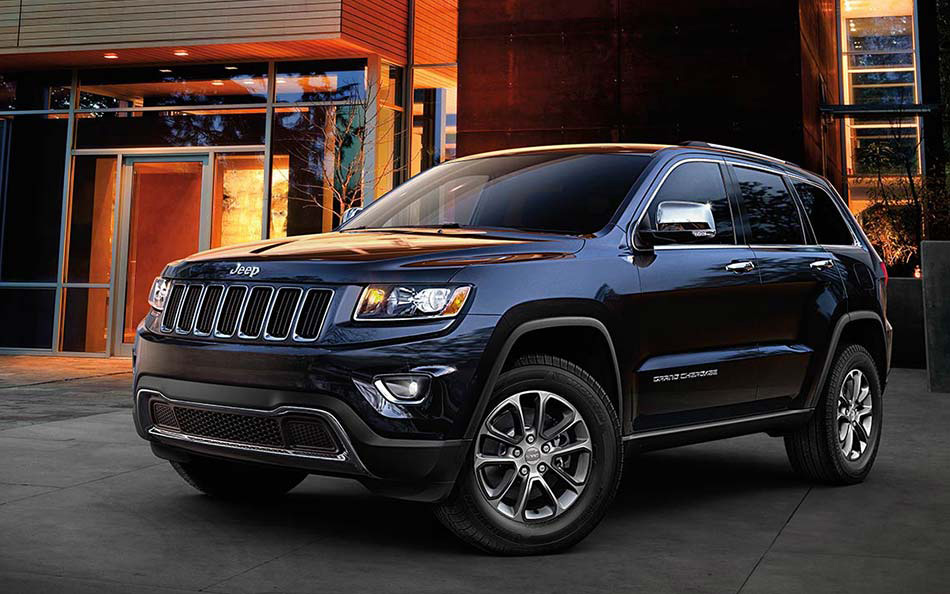 Look around the streets and chances are, you’ll find at least one sport utility vehicle (SUV). In fact, America has fallen in love again with SUVs. In 2014, SUV sales increased by 64 percent from 2009 when the sales of the vehicle was around just 1 million. It was also an improvement by 7.6 percent compared to November 2013.

What is spurring this rekindled love affair? One potential reason is that gas prices are sliding, thus people can now afford to buy SUVs that are known to be gas guzzlers. Another factor is the new SUV models being rolled out, providing more power, space, and functionality to motorists. 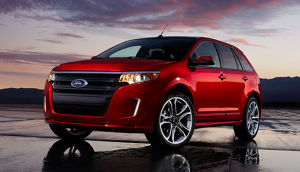 The Ford Edge has always been one of the company’s best sellers ever since it was launched in 2007. The new Edge has been redesigned, with an increase in overall interior volume to provide more cargo space.

Although the polygonal LED running lamps won’t get any citation for its design, the Edge’s body sides include a pleat that runs through the door handles. The rocker panels have been intricately shaped, with its taillamps completely lit by LED.

Fuel efficiency ratings of the Edge are 17mpg when driven in the city, and 23mpg when it is out in the highways. The base price of the SUV is $28,000.

There are no major changes in the 2015 version of the Jeep Grand Cherokee, which is a good thing as the SUV picks up from where its excellent 2014 model left off.

The SUV features a 6.4 liter, Hemi V-8 engine that produces 470 horsepower. All that power is delivered to the four wheels through an eight-speed automatic transmission system.

The Grand Cherokee is what you’d expect from a SUV with a low fuel efficiency rating of 13 mpg for city driving and 19 for highway driving. This is probably the only thing a motorist would hate about this vehicle.

The Grand Cherokee can zoom to 60 miles per hour in 4.6 seconds, which is pretty impressive for such a huge vehicle. In comparison, the Edge can do that in 7 seconds.

When on the road, the Grand Cherokee has superior suspension and controlled handling, two things you would want from a topnotch SUV. And yes, it has exceptional off-road capability that has been a trademark of Jeep vehicles.

More impressive is the amount of space inside, with enough headroom and legroom at the back seats. The cabin also feels and looks upscale, even when on the base trim. For a more luxurious feel, buyers can opt for a handsome wood trim. 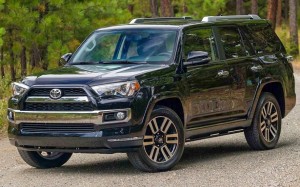 Toyota’s answer to the Grand Cherokee and Edge is the 4Runner, which is powered by a four-liter V6 engine paired with a five-speed automatic transmission system. The 4Runner has been around for decades, having been introduced in 1984 and being one of the top models during the SUV craze era.

It’s just too bad that the 4Runner has lost ground on the SUV market. One of the reasons is the poor fuel economy, at 17/22 for city/highway driving which is quite low for its class.

Of course, you can contend that the Grand Cherokee has a poorer fuel economy rating. But the Jeep SUV at least has eight gears to play with, giving motorists the impression of more power. And the 4Runner is stuck with a four-liter V-6 engine that churns out 270 horsepower, which pales in comparison with the 6.4 liter powertrain of the Grand Cherokee.

If there’s one saving grace of the 4Runner, it has got to be its good offroading capability. It is very much capable of navigating off-road trails. It helps that it has a downhill assist control system that automatically keeps the SUV at a low speed, thus allowing the driver to focus on steering.

The Jeep Grand Cherokee wins the battle of the big boys thanks to its powerful engine, superior suspension and handling, and adequate cargo space. Yes, this SUV model is quite expensive but you’ll get your money’s worth with this vehicle.

Which Electric Car Is Better – the Mitsubishi i-MiEV or Nissan Leaf?

Maserati GranTurismo vs. Aston Martin Vantage: Which is the Better Choice?