The economy sedans may look boring to you, but there are lots of reasons why these cars have remained relevant through the years. Although sedans don’t have the power that sports cars have nor the spacious interiors that SUVs have, cars such as the Corolla, Civic, Sentra, Focus, and Mazda 3 have enough luggage for a small family. Plus, they have sufficient room to accommodate five people comfortably.

And in this era of rising fuel prices, budget-conscious motorists would rather drive a fuel-efficient sedan than a gas guzzler like a sports car or SUV. Additionally, owners would benefit from the low maintenance costs and insurance rates of a sedan.

That being said, this article looks at five of the more popular sedan models out on the market. 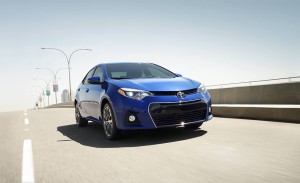 The Toyota Corolla has been around for ages, and this only proves how practical a car it is. It’s been more than 40 years since the Corolla was first rolled out and today it is the best-selling car in automotive history. It’s compact, cheap, fuel-efficient and reliable.

The latest Corolla does not deviate from the tradition. The 11th generation of the sedan features more spacious seats at the back, better fuel economy, superior cabin materials and new high tech-upgrades like smartphone app integration.

Fuel economy can go as high as 35 mpg for highway driving for the LE Eco. Base price of the Corolla is around $16,000. 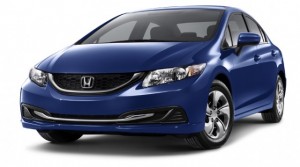 In terms of fuel economy, Honda betters Corolla by a mile as the base Civic is rated 30 mpg for city driving and 39 mpg for highway driving. It also gets good ratings for safety, with the 2015 model named by the National Institute for Highway Safety as Top Safety Pick.

However, the Civic is slightly more expensive than the Corolla with a base price of around $18,000. 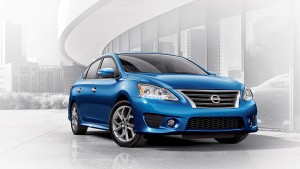 The four-door sedan of Nissan is also its second best selling model behind the Altima. Like the Civic and Corolla, this sedan has also been on the market for a long time.

The new Nissan Sentra features a 1.8 liter four-cylinder engine that spawns 130 horsepower. The power is then transferred to the wheels through Nissan’s continuously variable transmission. Fuel mileage is pretty solid at 27/36 for city and highway, although it can reach up to 40mpg in the highway with the optional FE+ package.

The strongest feature of the Sentra is its spacious cabin which can rival those of mid-size sedans and provide more legroom at the back than any other sedan in its class. The Sentra is an excellent choice for families who want to travel comfortably. It doesn’t hurt that it also offers high-tech features such as automatic climate control.

With such power emanating from the engine, the Mazda 3 can accelerate from standstill to 60 miles per hour in as swift as 6.8 seconds which is pretty impressive for a sedan.

The American company’s counter to these Japanese cars is the Focus powered by a standard 2 liter, four cylinder engine with five speed manual transmission system and an optional six-speed automated manual transmission. The said engine generates 160 horsepower, enough to give the Mazda 3 a run for its money.

With the manual transmission system, the fuel ratings of the Ford stand at 26 mpg for city driving and 36 when in the highway. There is a super fuel economy package that can increase those ratings to 28/40.

The Focus and Mazda cars are ideal for motorists who want more power out of their vehicles, while the Sentra is best suited for those who like more spacious interiors. The Toyota Corolla and the Honda Civic remain the best choices in this class, however, for their good combination of fuel efficiency, adequate cargo space and first-class interiors.