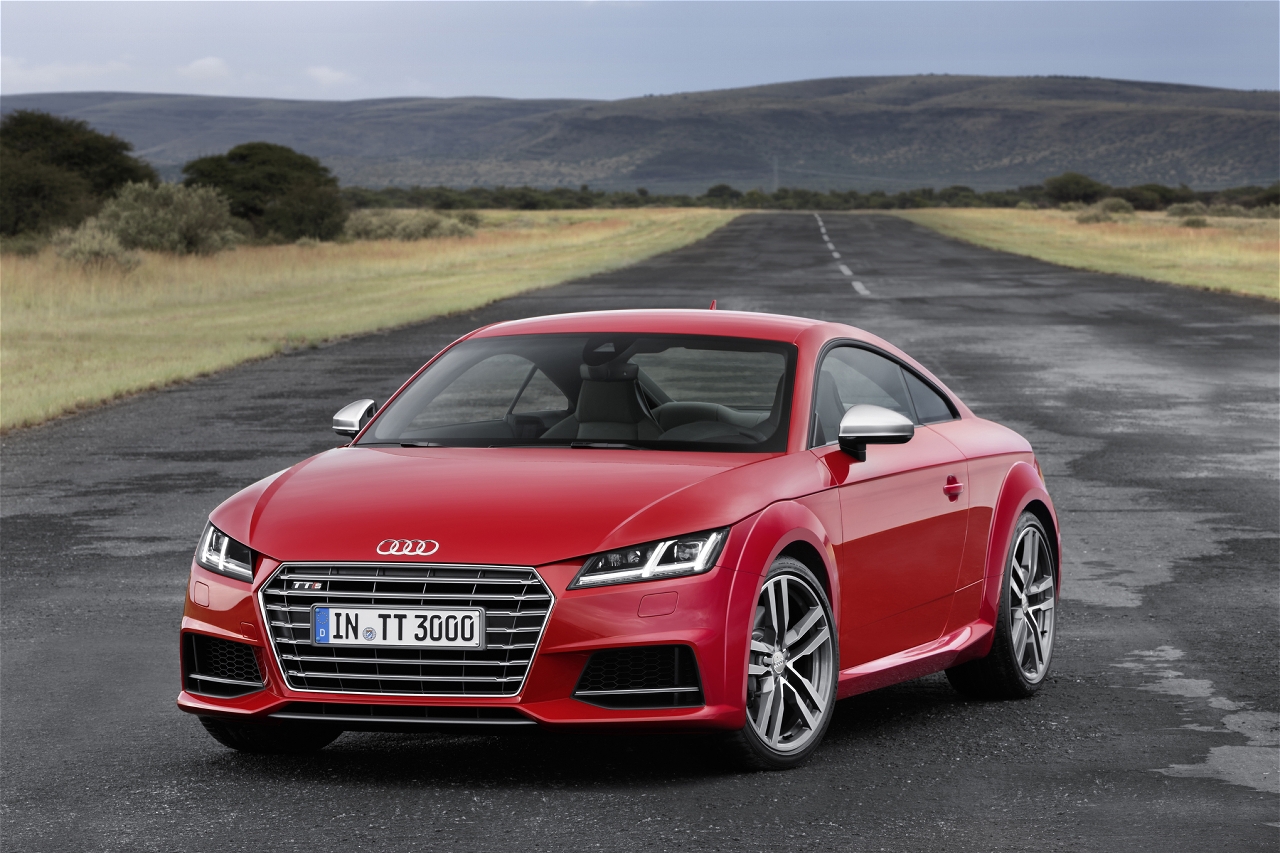 The Audi TTS is a souped-up version of the Audi TT. The Audi TT and Audi TTS are known for their striking design, powerful engine, superior handling and hefty price tag. But what makes the TTS different from the TT?

The Audi TT used to be a concept car in the 1990s. The car was named after the Tourist Trophy race. However, the Audi TT is not really a sports car, sport coupe or roadster. You could think of it as a small car with good looks.

The Audi TT is available as a two-seat roadster or a hatchback coupe. The car has a sleek profile and a wide stance with its flared fenders and extended coupe roofline. In fact, at first glance, it looks like a mid-engine car.

The TT has a 2 liter turbocharged engine with an output of 211 horsepower and torque of 258 pound-feet. It has a standard six-speed automated manual transition and Quattro all-wheel drive.

There are many notable assets of the TT, but perhaps the most glaring is its excellently crafted interiors. Audi TT cars are well-loved for their sleek and modern interiors. Standard features are leather upholstery, xenon headlights, Bluetooth connectivity, and a modern Bose audio system complemented by satellite radio.

The rear seats of the coupe version however are small that anyone taller than five feet would not be able to fit in. But the rear seats can be folded down to make way for a spacious 23 cubic feet of room for cargo.

The 2014 version of the Audi TTS is available as a convertible or coupe. The TTS coupe is sold at around $49,000. It has standard features like 19 inch alloy wheels, adaptive xenon headlamps, LED accents, magnetic-ride suspension that is electronically adjustable, and a power-retracting rear spoiler. 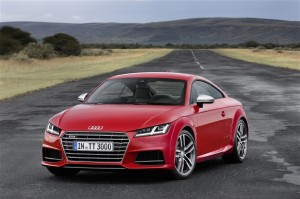 The navigation features of the TTS include parking sensors and multi-media interface that comes with a 6.5 inch monitor. There is also a control knob mounted on the dashboard, and navigation system that shows real time traffic.

Under its hood is a 2 liter, four-cylinder turbo charged engine that can churn out 265 horsepower. It has a six-speed automatic transmission with dual clutch, and the car can sprint from 0 to 60 miles per hour in less than five seconds. The car has fuel economy ratings of 22 mpg for city driving and 31 for highway driving.

The TTS also has the standard Audi magnetic ride damper system which can ensure superior handling and comfortable ride. And although it is small, its driver seat is power height adjustable thus making it spacious even for taller folks.

There are only several striking improvements of the Audi TTS, particularly its engine, suspension and of course its price tag. The TTS has a 2 liter, 4-cylinder turbocharged engine with an output of 265 horsepower which is way better than the 211 horsepower engine of the Audi TT.

The TTS also has a lower suspension compared to the Audi TT. The difference is around 10 millimeter, giving the TTS an advantage when it comes to handling. This makes the TTS slightly more athletic than the TT, making it easy to run on tight roads.

Is the more expensive price tag of the TTS worth it? There are two ways to look at it. If you are intrigued with the features of the TT and wish that it would have a more powerful engine, then you’d want to get your hands on the TTS. Although the TTS is almost the same as the TT, you can use a more stylish and powerful car.

But if you are a practical buyer, you would definitely skip the TTS and settle for the TT as there are not a lot of differences between the two car models.