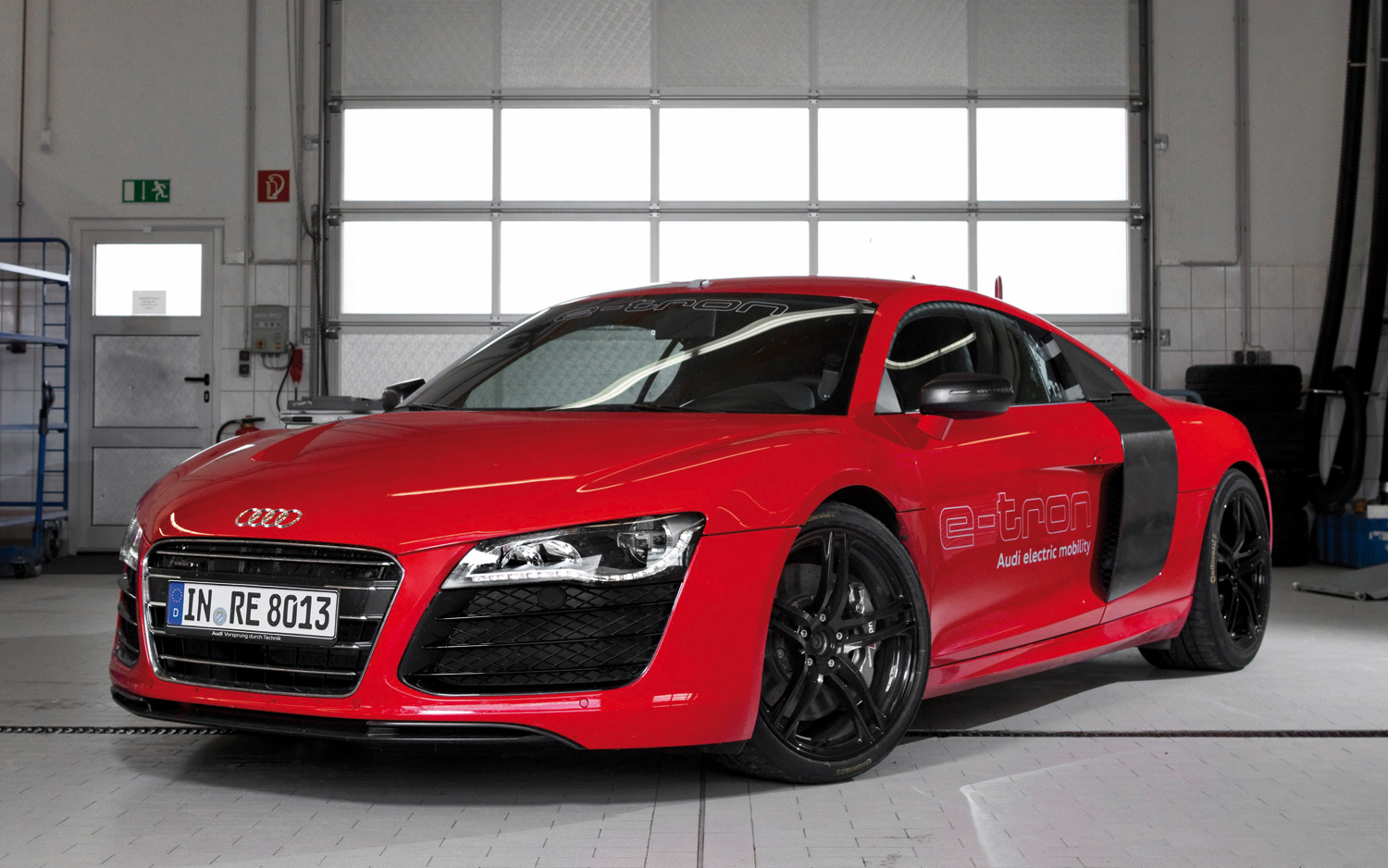 German car manufacturer Audi is teasing car lovers with its electric vehicle R8 E-Tron that is said to boast of a maximum speed of 280 miles per hour. The car was originally slated to debut in 2013, but the vehicle manufacturer decided to postpone its release two years later because of concerns over its meager 134 miles range. So now, the Audi R8 E-Tron is scheduled for a 2015 release with a more impressive 280 mile per hour range.

The electric car is rumored to have two electric motors with a torque of 500 lb-feet and a horsepower of 376. It is able to accelerate to 60 miles per hour in just 4.2 seconds. This is definitely one powerful and quick vehicle. 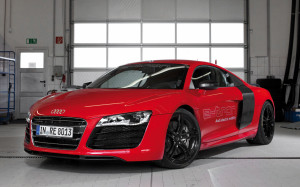 The 280 miles per hour range of the Audi R8 E-Tron is significant because it is an open secret to car enthusiasts that battery powered vehicles are not exactly a hit amongst consumers because of their limited driving range.

In 2011, a survey in the United States by researchers from the University of Delaware showed that driving range is the most important concern for consumers, behind fuel costs and charging time. The study which involved 3,000 respondents showed that consumers are wary of buying electric cars because of their limited range.

This is particularly true for consumers who live in extremely cold or hot climate. You may have heard how too cold or too hot weather can push the battery to work harder, negatively affecting the range of the vehicle as a consequence. In 2011, motor club AAA found out in a study that outside temperature can decrease the range of an electric vehicle by as much as 57 percent.

The E-Tron that Audi had showcased in 2013 was not exempted from these problems. Aside from the limited range of 134 miles per hour, the batteries were also quick to drain. In fact if the said car raced to the maximum speed it would drain its batteries in as short as 20 minutes.

With news that Audi’s R8 supercar will offer a range of 280 miles, the electric car market should get a boost especially from consumers who are concerned about the range of electric vehicles. The 280 miles range of the R8 E-Tron is within striking distance of the 311 miles of the Model S luxury saloon of Tesla.

So what did the guys at Audi did to improve the super car’s range? The company’s head of engineering, Ulrich Hackenberg, said this team had improved the power electronics of the vehicle to lessen its electricity consumption. More importantly, the company improved the lithium-ion battery of the car that was originally a 48.6kWh. Without getting into specifics, he said the company was successful in improving the car’s battery technology. Audi also gave it a higher power density and according to Dr. Hackenberg, the Audi engineers were also able to lower the onboard electricity consumption resulting to better power electronics.

The Audi R8 E-Tron, however, will not be mass produced. Instead, the German auto manufacturer will only produce the vehicle upon costumer request. This could mean that only a few hundred units will be sold to various customers around the world.

Other Things to Expect

The 2013 E-Tron had two motors in the center of the rear, with each one driving one wheel. It weighed 1780 kilograms, and its huge 577 kilogram battery was placed low and in the middle of the vehicle. Speaking of the battery, it is so big that it would take 14 hours to charge it. When the battery is fully charged, Audi claims, it can take the car to around 150 miles on the road.

The Audi R8 E-tron also boasts of an aerodynamic design as seen by its chassis. It has glass-fiber-reinforced polymer coil springs weighing just 2.6 and 2.8 pounds, respectively, which are almost half of the weight of the traditional steel springs. The rear wheel hubs are made of titanium and weigh less than .6 kilograms. Weight is further decreased by aluminum shanks and wound layers of CFRP that make up the anti-roll bar located up front.

Of course, movie buffs will also remember that the E-Tron was showcased in the third installment of Robert Downey, Jr.’s Iron Man franchise.

So how much would the Audi R8 E-Tron costs? There are no details yet but a look at the pretty impressive features of this super car, and one thing is clear— you’d have to shell out a lot of money to get your hands on this electric car.

Why Everyone Loves the Tesla Model S