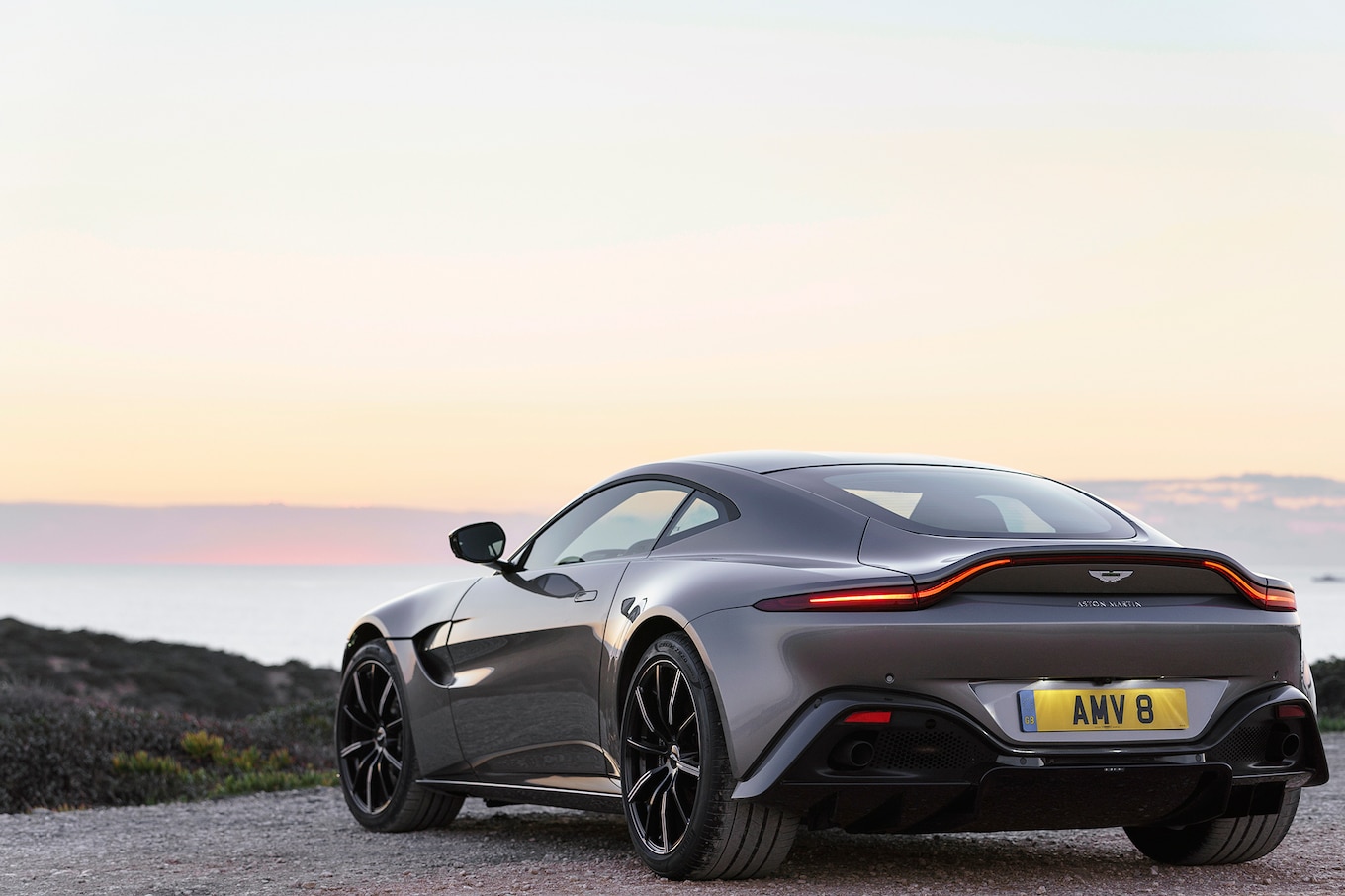 Aston Martin is renowned for their sports cars so how does the Vantage stack up?

All major car manufacturers have a coupe, but few of them can compare with the Aston Martin Vantage. The name is synonymous with high quality British sports cars and the Vantage is as good as they come. It doesn’t just have that trademark Aston Martin style, but also has truly impressive specs.

The Vantage shows its power the moment you press the ignition as the car roars to life with its AMG 4.0 L 503 HP turbo engine. The sound isn’t as loud as other cars but don’t let that fool you as this is the real deal. It takes just 3.5 seconds to go from 0-60 and it has a top speed of 195 mph.

The 503 hp is complemented by 505 lbs ft of torque and that tells you something. But brute force aside the Vantage also excels in the handling. Even in a rain soaked technical circuit the Vantage acquits itself well, both in straights and corner exits. The handling also goes to show how well Aston Martin engineered the car.

There is plenty of low end torque on the Vantage, and it’s a definite improvement over the previous model. On clear sunny days it means the Vantage speeds along fine though not as good in the rain.

Getting on the throttle early isn’t a cause for concern thanks to its stability control. Even at the lowest setting you’ll feel the car’s traction.  Switch to Track or Sport mode and the Vantage quiets down a little.

Shifting to high gears in corners is ideal as you’ll get a lot of thrust due to its turbos. This is a welcome change as other coupes tend to drag when going through corners.

You can opt for quad or twin muffler pipes. The difference isn’t just the number but also the perforations, ports and mufflers. The car isn’t equipped with faux engine noise but the sounds are augmented in other ways. 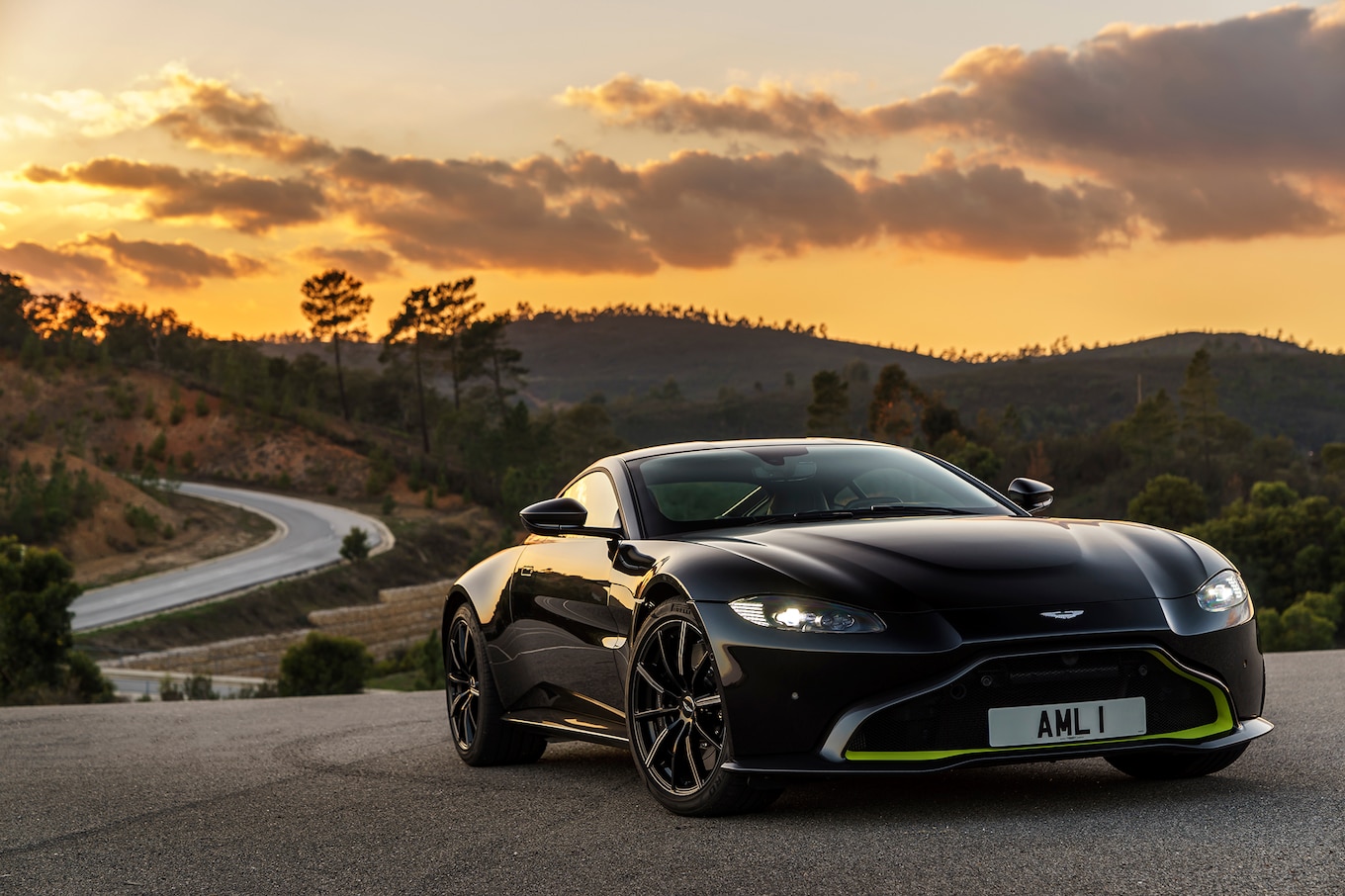 Part of the reason for its performance is the AMG powerplant but it’s also due to the way the engine has been redesigned to an oil capable configuration. The exhaust and brake systems have been changed as well, and everything has been recalibrated.

The Vantage doesn’t have a grille but the design is still classic Aston Martin. The LED headlamps are compact and functional, and the design allows the wheels to be set further along the corners.

The sheet metal crease commences atop the hood and goes through the body while the hood  goes over the front wheel arch. The side gills stabilize air pressure and the trunk lid keeps front lift at bay. Under the Vantage are diffusers, splitters, fences and Venturis that minimize turbulence and properly direct airflow

The center console has most of the control buttons, with the SOS right over the traction button. The park and reverse buttons are all within easy reach. There are also several USB buttons that expand its usability, and the infotainment system is intuitive.

Running on a ZF 8 speed auto, the Vantage displays its power and versatility, in particular the high speed corners. Going for higher gears is easy and exiting corners into straights is a cinch. Want to shift at the redline? No problem. Again this goes back to the design, particularly the electronic rear differential from Graziano which is connected to its stability control.

What really stands out for the Vantage is the way it seemingly reads your mind on the track or road. A common issue with exotic cars is they’re a handful especially when you’re making turns, accelerating and just driving. The suspension is stiff and suitable for track and road driving.

With the Vantage it’s different as the traction configurations and drive modes put you in charge. Whichever option you choose you’ll feel the effect but not to the point they’re obstructing you. If you’ve been driving cars long enough you know the feeling of security, you know when your ride is stable. That’s what the Vantage gives you.

The brakes are exceptional and do the job on straights and corners.  Rain or sunshine doesn’t make much of a difference and neither does speed. You could be closing in at 150, hit the brakes and the Vantage comes to a halt. At a lower speed there is a bit of squeal but it’s barely noticeable.

The Vantage is no ordinary coupe. In fact it pushes the boundaries of what a coupe can do. With a powerful engine and dependable steering, the Vantage is the one you’ll want to take on the road, rain or shine.

2018 Ford EcoSport is a versatile crossover, but is it worth your money?