The jaguar is one of the fastest land animals on the planet, able to accelerate to speeds of up to 65 kilometers per hour. It is also the same animal that inspired one of the most revered automobile brands in the world, the Jaguar. Through the years a lot of car enthusiasts have looked up to Jaguar cars for its combination of power, elegance, and comfort.

The Jaguar brand has been in existence since the 1920s. The company has designed some of the most iconic passenger cars in history, such as the E-Type which a lot of motoring historians say is the best designed car of all time. The company, though, has had its share of rough times especially when it was owned by Ford from 1989 to 2008.

Jaguar has been on a renaissance since it was acquired by Indian manufacturing giant Tata Motors. Today, it’s cool to be seen on a Jaguar car today particularly the F-Type, XF, XJ, and XK models. 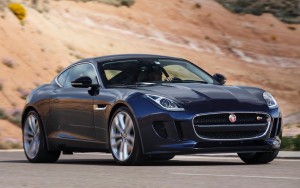 Given the high-tech features and powerful engines found in a Jaguar car, you’ll be hard pressed to find a Jaguar model that sells for less than $40,000. Despite its prohibitive price, a Jaguar car is a great investment.

The newest sports car from Jaguar, the F-Type has a lot of motoring enthusiasts talking about its good suspension and steering. Its base engine is a supercharged, 3-liter V-6 engine that emits 340 horsepower. If that’s not too powerful for you, opt for the F-type S engine that increases the power to 380 horsepower or the 5 liter, V-8 engine that is rated with 495 horsepower.

There are six distinct models under the F-Type fleet, with the coupes rated well for their aesthetics and features while the convertibles get an advantage in terms of driving performance. Fuel economy is pegged at around 19 mpg for city driving and 27 mpg for highway driving.

An upscale midsize car, the Jaguar XF boasts of high-end cabin materials. The front seats are spacious, although you would have to make do with its limited headroom at the back. There is 17.7 cubic feet of space at the trunk, giving the XF one of the largest trunk spaces in its class.

The leather upholstery gives the XF a very classy look inside. Other standard interior features are automatic climate control, Bluetooth, USB port, and a 7-inch touch screen which is at the heart of its infotainment system.

Another luxury car, the Jaguar XJ is ranged against German vehicles like the BMW 7, Audi A8, and the Mercedes S-Class series. While the older versions of the XJ are known for its conservative looks, the new XJ has shed that image with a more contemporary design coupled with great handling.

The old design of the XJ is gone, which may disappoint traditionalists, but impress the new generation of car buyers. Its front end, with an imposing grille and slim lights, looks cool while its extensive profile is pretty.

Like its competitor the Audi A8, the XJ is made from lightweight aluminum. The frame’s lightweight body is evident while on the move. The Jaguar XJ also has light and precise steering, which is one of the main selling-points of this luxury car. The downside, however, is that the ride can be jittery especially when it passes over poor surfaces.

The XJ is powered by either a 3 liter diesel V5 engine, or a supercharged petrol engine. A more powerful engine, a supercharged five-liter V8 type, powers the Jaguar XJR.

The Jaguar XK is powered by a five liter, V8 engine with a 380 horsepower. Two supercharged versions of the said engine can produce 503 horsepower (the XKR) and 542 horsepower (XKR-S). To give you an idea how powerful the base Jaguar XK engine is, it only takes around five seconds for the XK to accelerate from 0 to 60 miles per hour, and 4.2 seconds for the XKR to do the same.

Complementing the powerful engine of the XK is its impressive steering. When on the road, the XK feels like a small car than its frame with the way it can change directions precisely and quickly.

There are four seats inside the XK, although the rear seats are not really spacious you would treat them as storage space. Up front, the seats are large with enough legroom and headroom even for tall adults.