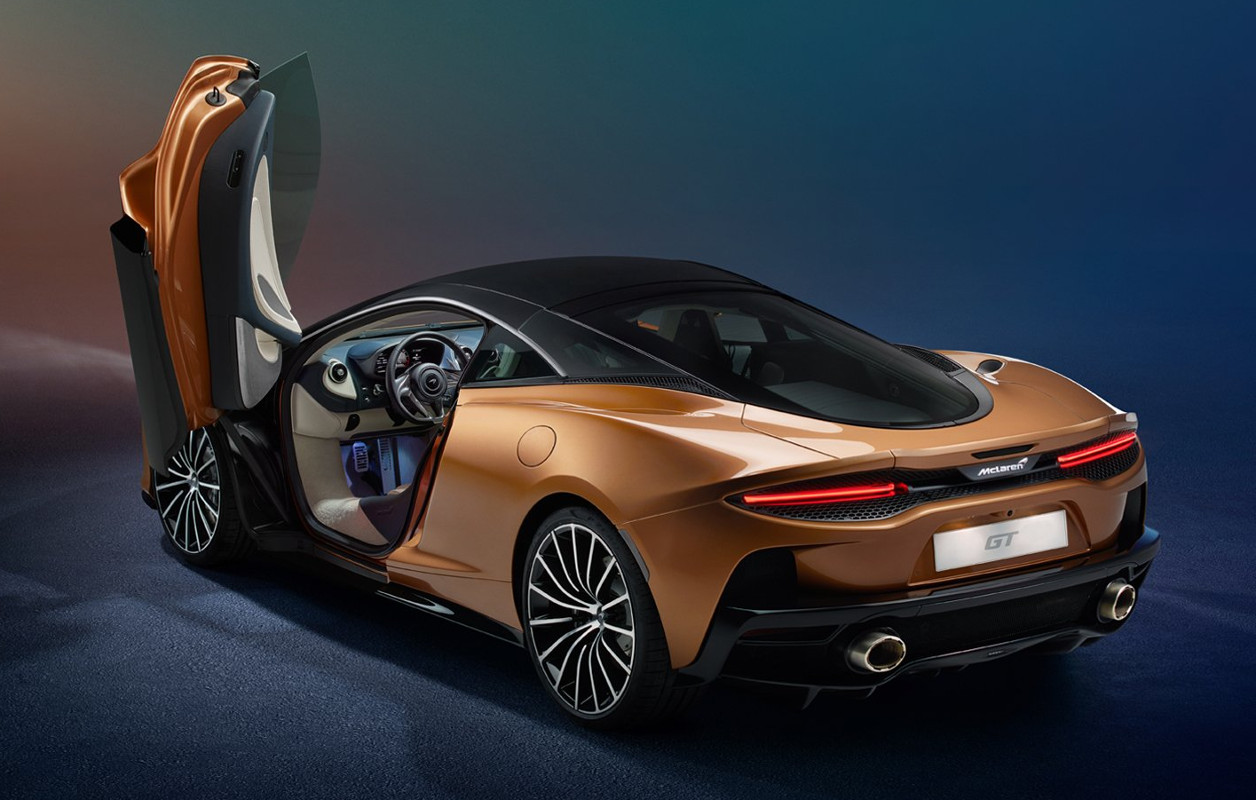 This supposed “grand tourer” is meant to be the most civilized among the speed monsters in the McLaren lineup. But does it truly live up to its billing?

If you’re a fan of fast cars, then you probably associate the McLaren brand with the kind of super-quick cars that you can only dream of owning. It’s all about speed with the McLaren, and since 1963 it has earned a well-deserved reputation for building fantastic race cars.

But with the 2020 McLaren GT, it seems that the brand wants to expand its image. True, they still insist on manufacturing hellishly fast cars. But with this gran tourer, the folks at McLaren want you to enjoy your drive along the way. The goal with this GT is to offer both comfort and refinement to the expected high-performance driving.

Did it succeed? Let’s find out:

How Does It Look?

Like any other McLaren (or sportscar, for that matter), this GT looks darn fast. Its angles and curves seem like it’s a space ship about to launch.

But look at it head on, and its appearance is quite similar to the new Chevy C8 Corvette. That’s not really a compliment, since you can buy 3 Chevrolet C8 Corvettes and still have a lot of money left over.

It supposedly takes 2.8 seconds to get from zero to sixty, but in the real world this is actually 3.8 seconds (the 5-60 start). That’s still extremely quick, although it may take this car the same amount of time to reach 60 mph.

But after that, you’ll go through the gears in speeds that will most likely alarm your passenger. The McLaren GT can complete a quarter-mile in just 10.7 seconds, leaving the C8 Corvette in the dust. McLaren says this model can reach 203 mph, and we’ll take their word for it. We did reach 170 mph, and it took only 21 seconds to reach that speed.

Don’t worry about braking, as its stopping power is reassuring. It only takes about 150 feet to come to a dead stop from 70 mph. Unfortunately, you have to get used to the numb feeling in the brakes.

This comes with a launch-control system, but the car’s priority is to protect itself first. That’s why the launch-control feature is often unavailable, since it always checks on the temperatures of various components.

So, just relax and enjoy the ride. The start-stop system is nicely smooth and you can enjoy easy part-throttle takeoffs as you drive around the neighborhood. The softer engine mounts also dampen the V8 vibrations. This comes with real cargo space, so you can actually use this for trips to the grocery store.

The console lets you pick from 4 different suspension modes, and in the Comfort setting the suspension soak up larger impacts. It’s just that you’ll notice it when the road surface changes.

The seats are supportive enough for daily drives, and they’re heated as well. But you don’t get enough padding in them to keep you comfortable over a long road trip. After a whole day of driving, you’ll wish for comfier seats.

Here’s a quick look at the pros and cons:

All in all, with the 2020 McLaren GT the brand has actually come up with a super car that you can use everyday for work. It’s comfy enough for daily use, and you can beat any other car at a stoplight.

But it’s not really a Gran Tourer, in the sense that it doesn’t tempt you to drive for long periods of time. You can use this for long journeys, but it won’t be the terrific long-haul road trip that you can get from a real GT.