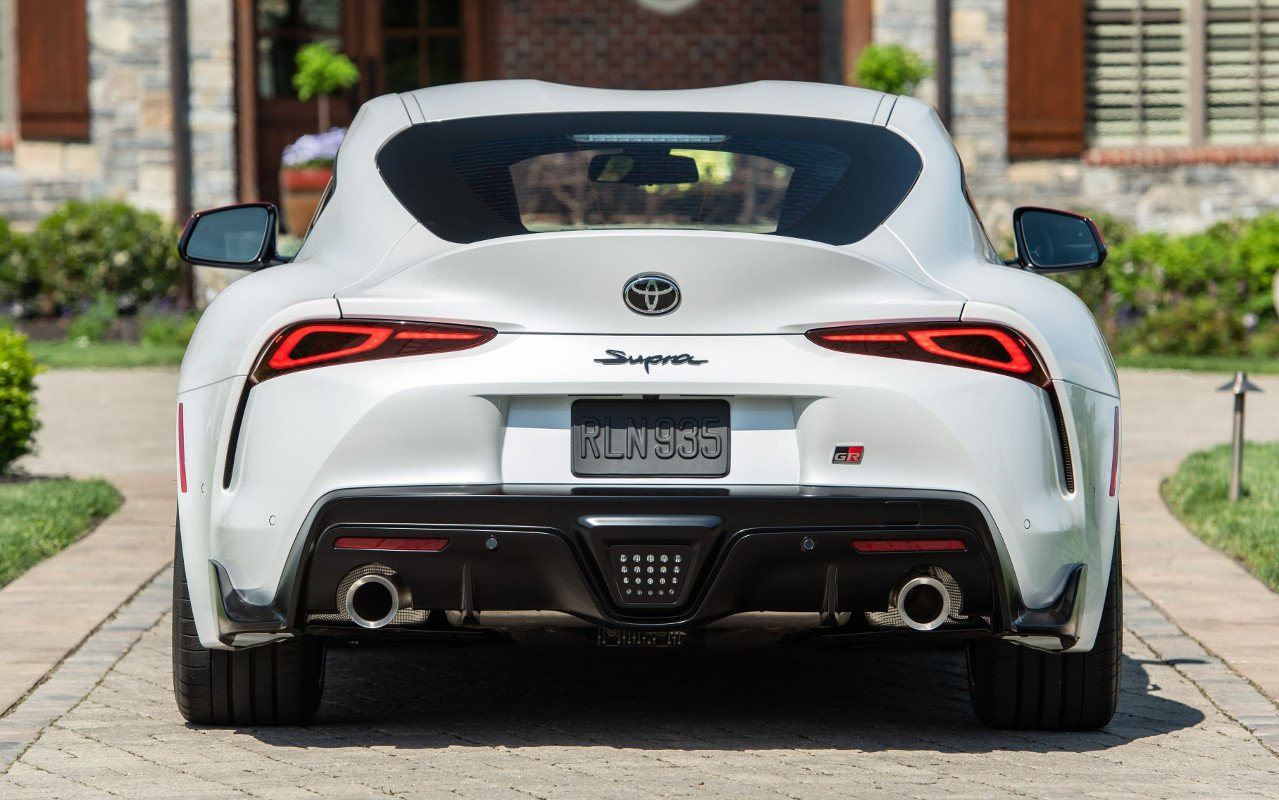 The Toyota Supra is possibly the most hyped car in 2019 and it’s not hard to see why. It’s a classic sports car that just made a comeback after not being available for decades and a 7-year gestation period. With these numbers, it has certainly built some anticipation for its release. It’s also a product of Toyota’s and BMW’s collaboration so it gets to offer all the great things one can expect from these two powerhouse car manufacturers.

Is the hype all worth it, though? Many would agree that it is worth the hype and the wait. It holds up not just to the Supra lore but also to everything modern motorists expect from a heavily hyped vehicle.

There are 3 major reasons why everyone’s going gaga over this car. One, it’s a passion project. Toyota’s president, Akio Toyoda, has a special connection with the Supra. So instead of building a new model from scratch, they have decided to revive an oldie but goodie.

Two, the Supra holds a special spot in the Japanese car culture alongside the Nissan GT-R and the Honda NSX. The Supra has made waves and captured the hearts of many motorists in the past that it became a legend in the industry. Its revival allows the nostalgic to revive their past and the youngsters to experience a piece of history.

Three, its collaborative production is one for the books. Its engineering is unique and definitely something to write home about. It’s not every day that Toyota and BMW get to develop a top tier sports car together, so their product will surely be something that’s highly coveted. With BMW’s straight sixes, the Supra can be said to be a cut above the rest.

How does the Supra hold up? Let’s start with its appearance. At a glance, you can easily tell that this car means serious business. It’s both modern and classic at the same time, giving it a distinctive appeal. It’s well-proportioned and voluptuous that borders on sensuous. All in all, it’s a work of art, worthy of being overly excited about.

Under the hood, you can count on it to contain pure performance. All models come with a well-balanced eight-speed automatic transmission and 3.0-liter twin-scroll turbocharged inline-six. It also comes with rear-wheel drive and offers an almost perfect weight distribution. With its 335 horsepower and 365 lb-ft torque, you’re guaranteed that it’s very powerful.

According to tests, the Supra is powerful enough to accelerate from zero to sixty mph in just 3.8 seconds. It can cover a quarter-mile in just 12.3 seconds at 113 mph. That’s seriously fast and already capable of making a speed addict’s hair rise.

These numbers are also comparable to Supra’s pricier competitors. It shouldn’t be too surprising, however, as it does contain a BMW component and a solid power-to-weight ratio. The numbers alone will tell you that the Supra can out accelerate the Chevrolet Camaro and the Ford Mustang Shelby. It might even be more powerful than the BMW Z4 M40i.

Many also fall in love with how it drives. It’s accurate, responsive, crisp, and well-connected among other things. The front wheels are fuss-free to control which allows you to move around really well. It moves into corners really nicely. The steering wheel is also very agile that it will feel like you’re driving an AWD which it definitely isn’t.

Its friendliness is also highly commended by many. It’s not easily fazed by under or oversteering and can adjust accordingly to the driver.

With these, it can also be expected that the Supra rides calmly. Lots of people did not expect it so it’s a pleasant surprise. Each wheel is nicely controlled so it flows along even when going through lumps and bumps. It’s also generally quiet.

If you’re looking for the driving feel of a BMW, however, you won’t get that with the Supra. Due to the fact that both Toyota and BMW worked on the engine, it won’t distinctly feel like one automaker, so don’t expect any familiarity with either of the two. What matters most is that it drives well, however. 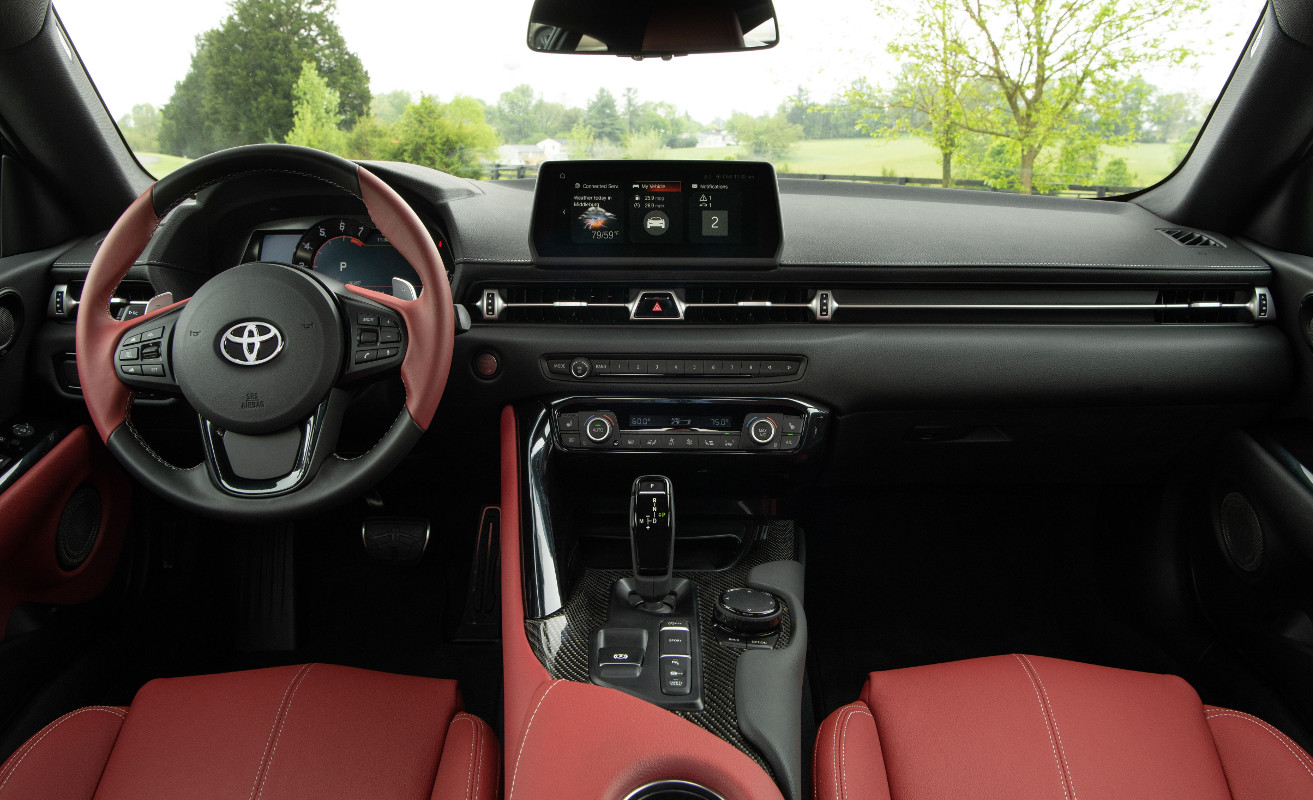 Going inside the car, it’s also easy to tell that this is a driver-focused car as its marketing materials claim. It’s outfitted with fine materials with luxurious finishes. However, it’s not exactly roomy, but that’s to be expected from most sports car anyway so it shouldn’t be an issue.

Another thing to note is that the Supra is available at three prices. The first one is for the Launch Edition which applies to the first 1500 units. This is the highest price point but it comes with high-end trims so it might be worth the extra costs. The Supra 3.0 Premium comes next while the 3.0 comes with the lowest price tag.

The Supra is also available in a wide range of colors. However, prices and availability vary, so expect some adjustments, especially to the pricing in certain hues.