The BMW X6’s arrival in 2009 made experts consider its predecessor short-lived. The good news is that the product planners at BMW are right to focus more on the X6. The 2020 version of this vehicle is its third iteration, a great redesign.

This vehicle joins a world chock-full of mid-sized luxury SUVs that look exactly like it. After all, major automobile companies like Audi, Mercedes-Benz, and Porsche took notes from BMW. It’s especially applicable to the X6 model.

But what sets the 2020 BMW apart from the others? Read on and find out.

The latest BMW X6 model retains much of the shape of its predecessor. But everything else is refreshing since this SUV looks new. It has a more aggressive-looking front-end while sporting a tall tail.

But as with other prior iterations, the 2020 BMW X6 deviates from the more practical approach used in BMW X5. The vehicle grew larger, longer, and wider—with an additional 1.6” wheelbase. This giant is a single piece that you can light up if you’re willing to pay $500 more.

You’ll notice the vehicle’s aggressive design in its broader taillights and furrowed brow. Its four corners have non-functional vents while its rear wheel wells have this odd shape. With all these traits, one can see that the X6 has this imposing atmosphere mixed with funkiness.

BMW’s annual X6 sales in the United States alone are about 6,000 units. A quarter of these is M-badged models that boast higher performance. With the new 2020 523-hp M50i, it’s expected to become the top seller among all X6 models with M-badging.

Unlike the X6 M, this 2020 model isn’t a full-on M version. That means its chassis isn’t as closely tuned as the other model. It also comes with a variation of the twin-turbo 4.4-liter V-8 under the hood.

Take note, M models tend to be on the extreme side. That means a more casual user won’t benefit as much with the rigid suspension. That means the X6 M50i is a better pick if you want to use it every day.

Most agree that this BMW vehicle’s greatest feature is its powertrain. Its twin-turbo 4.4-liter V-8 is almost the same as the ones found in older models but with less boost. Regardless, it still has 523 horsepower at 6,000 rpm with 553 lb-ft of torque at 1,800 rpm.

It has a launch-control system that enables you to rev the engine to 2,800 before you release the brake. Most real-world tests observe that it can go from 0-60 mph within 3.8 seconds. It’s a tenth of a second quicker than the X5 M50i’s, but it’s a significant leap.

According to BMW, the newest X6’s top speed is 130 mph when using non-performance tires. Some tests confirm that putting in the summer performance tires can increase it to 160 mph instead. Its V-8 engine also gives a smooth performance, even when it’s pulling hard on its rev limiter.

This BMW vehicle also has a ZF-sourced eight-speed automatic. It’s perfectly tuned since its smooth yet snappy gear changes ensure that the X6 is within the right ratio. But with this, the fuel economy of the vehicle suffers at 12 mpg.

The X6 M50i has a cabin that stays quiet even at high speeds. At 70 mph, you’re only expected to hear about 67 decibels of noise. The reason is that the vehicle is great at doing relaxed motoring. 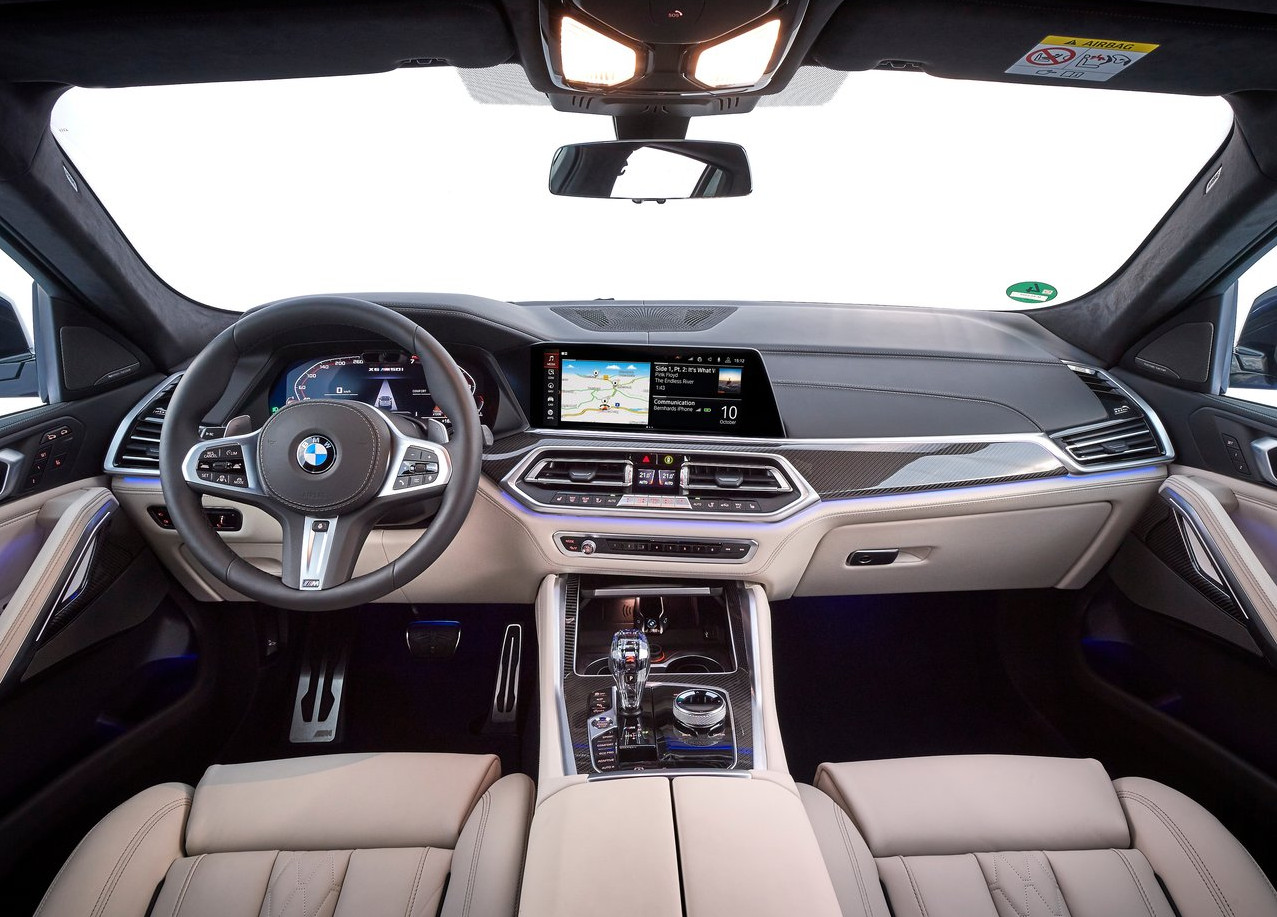 As for the vehicle’s front seats, they’re wide, supportive, but soft. It hits this sweet spot between a sports vehicle chair and a recliner. They’re also heated and power-adjustable in 20 ways, with the Luxury Seating package adding ventilation and massage functionalities.

As for its interior design, it’s almost indistinguishable from the X5 in terms of quality and looks. It has two larger 12.3” display screens—a screen for the central iDrive infotainment system and another for instrumentation. As for the rear seat, it’s a couple of inches shorter than the head and legroom offered by the X5. 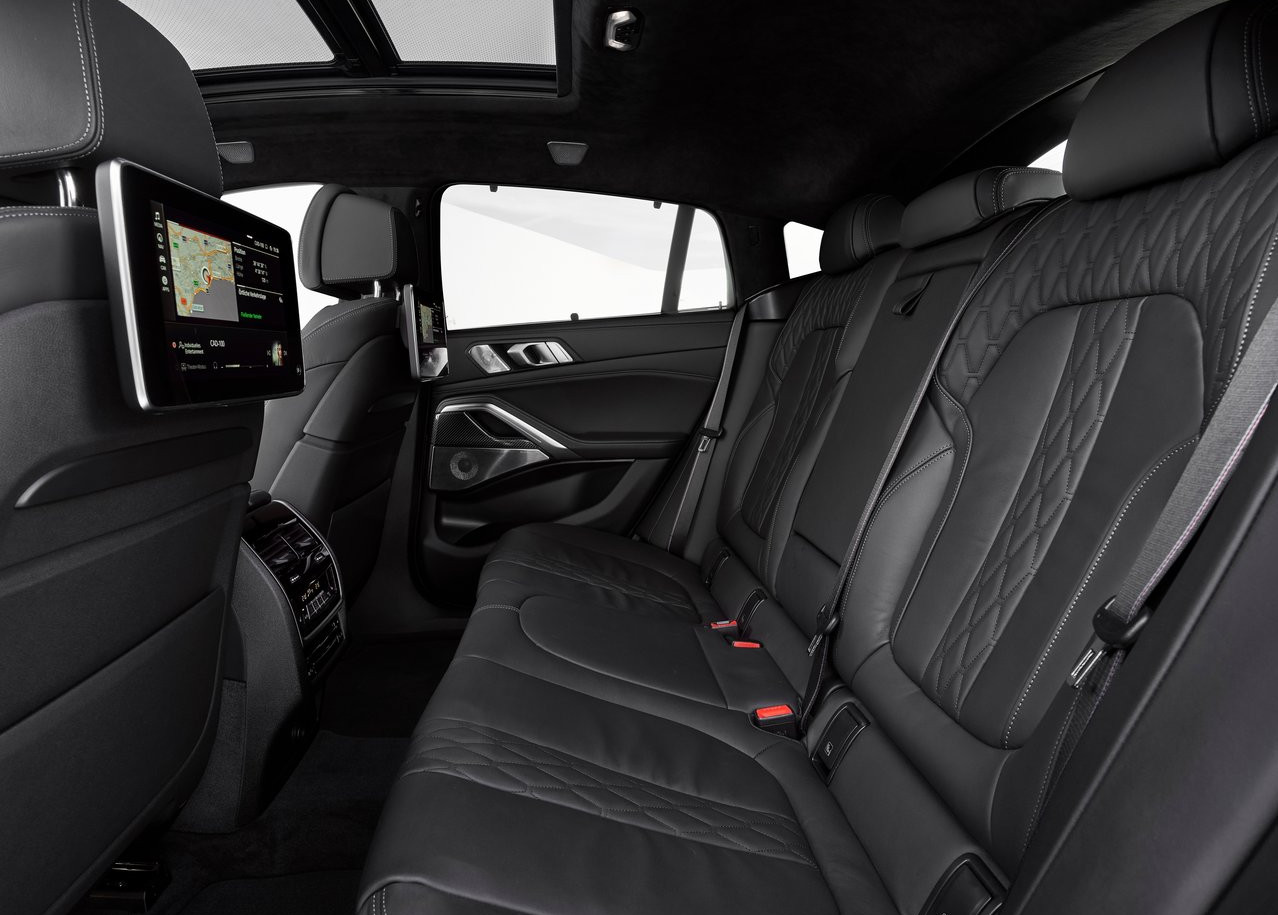 Take note, this vehicle’s accommodations are still spacious. But it’s better if you limit the number of passengers to four. That way, it doesn’t get crowded and lessen the good experience.

Despite its impressive design, the X6 has lesser usability compared to X5. But if you’re showier and more aggressive, this vehicle is the best fit for you. Sometimes, a bolder design is enough to make a vehicle worth it.

Did you find this review interesting? If so, read more of our guides and learn more today.