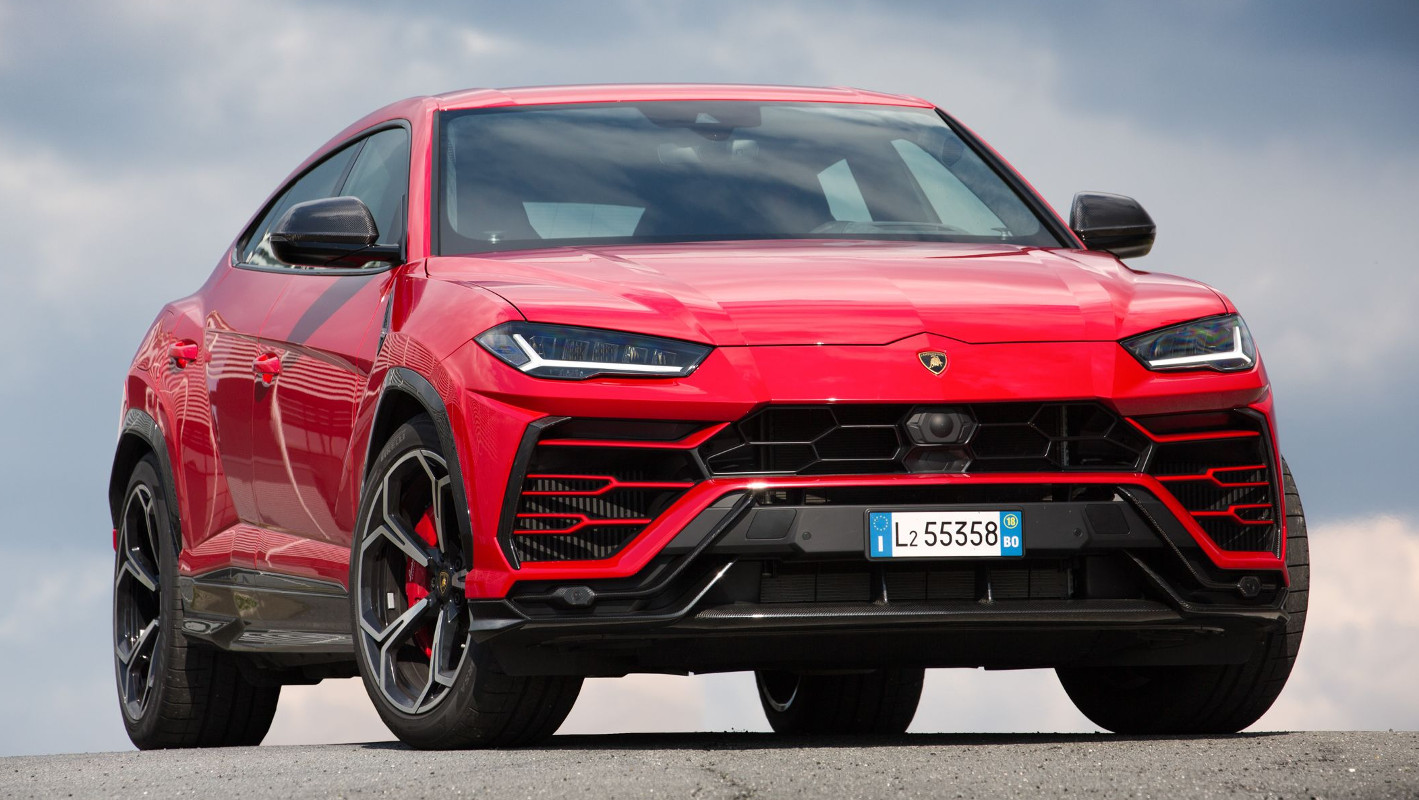 Love the size of an SUV but hate how far its handling is from a supercar? The 2019 Lamborghini Urus combines the two making dreams come true.

When somebody says they are looking to purchase a Lamborghini, you don’t often picture that guy getting a practical daily driver. The Urus, however, is a whole different beast than the old Lambos we are used to. This vehicle is an outstanding crossover SUV, with the pedigree of a supercar without the horrible ground clearance. 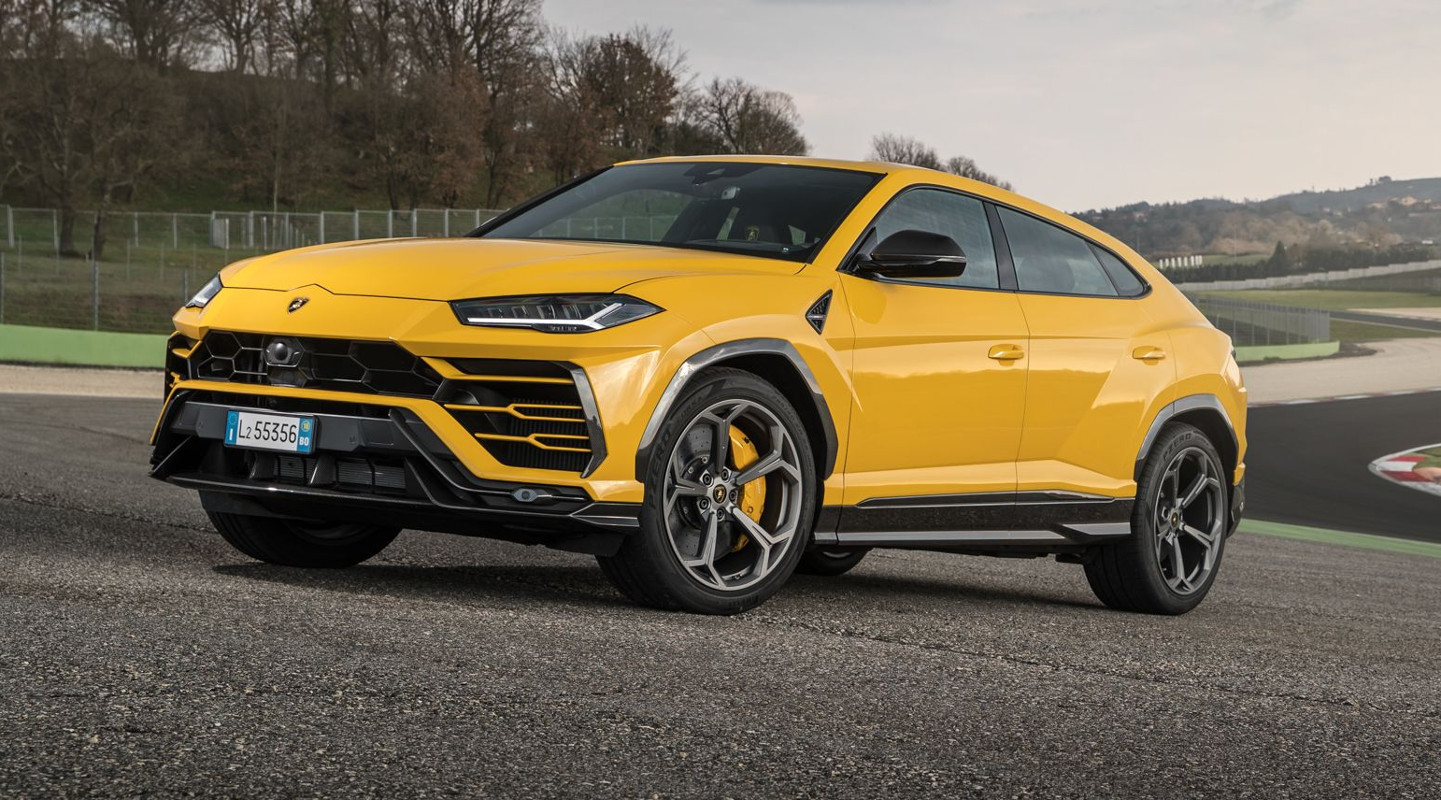 With more than 70% of 2018’s car sales made up of SUVs and light trucks, it shouldn’t be surprising that car manufacturers want to get in on the trend. This is also why it shouldn’t be too shocking to find Lambo take steps to meet the market’s demands and build their own SUV.

Some may have scoffed after the supercar maker announced that they’re tapping the SUV market but numbers show that lots of people liked them. They actually make up 60% of Lambo’s sales, so it’s safe to say that the Urus is a well-received experiment.

If you’ll think about it, who wouldn’t get intrigued by this car when it promises to offer the fantastic performance of a Lamborghini and the great comfort SUVs come with? Being the first Super Sports Utility Vehicle to be offered to the market, you can expect it to be groundbreaking in many ways. In the simplest of terms, it’s half an SUV and half a fire-breathing vehicle that is a true testament to its manufacturer’s prowess and capabilities.

Just how exciting are the offerings of the Urus? Let us count some of the ways below. 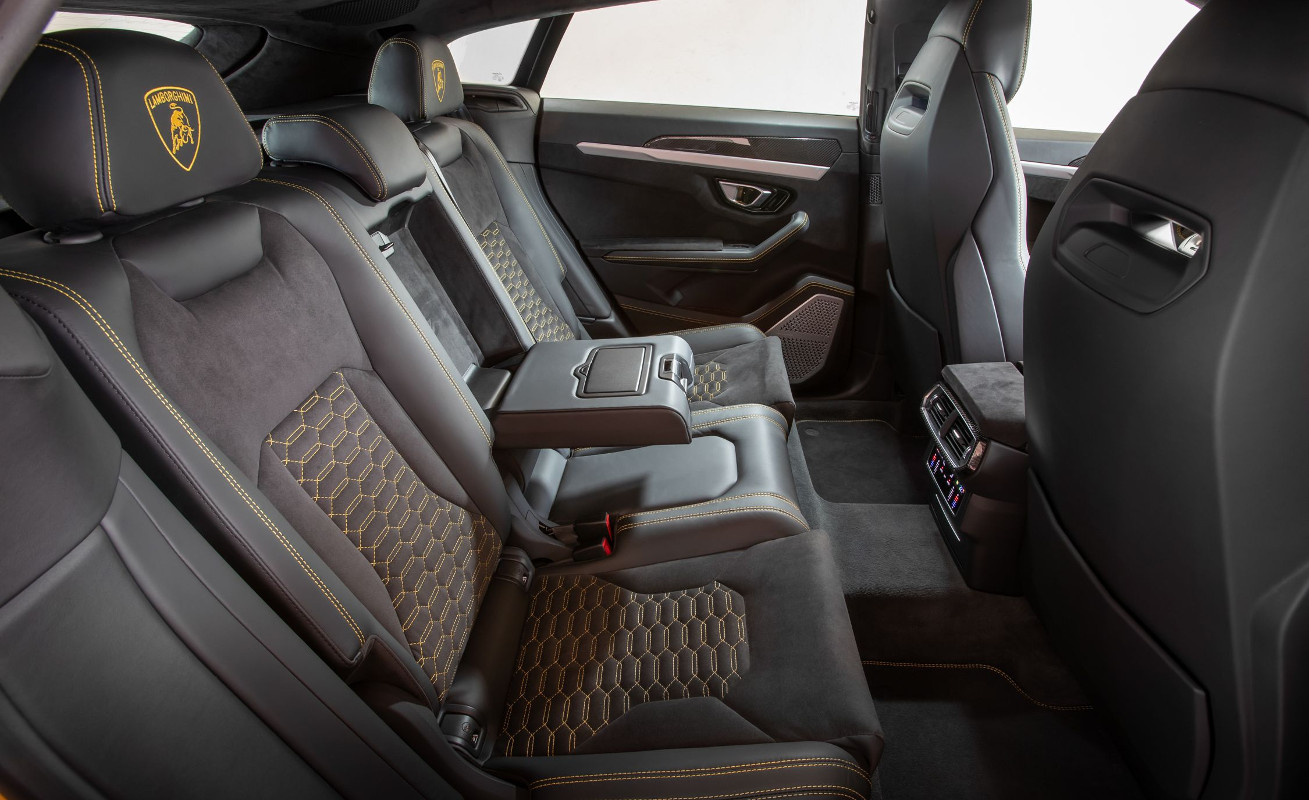 For starters, it’s a more comfortable daily driver compared to other Lambos around. Let’s face it, supercars are great but they’re not the most comfortable or fuel-efficient options for general mobility. The Urus, however, can fit up to 4 6-foot plus tall passengers and their luggage. It has a five-door design, too, so it’s easier to fill up with people. With such a configuration, you can allow more people to enjoy a magnificent Lamborghini ride. 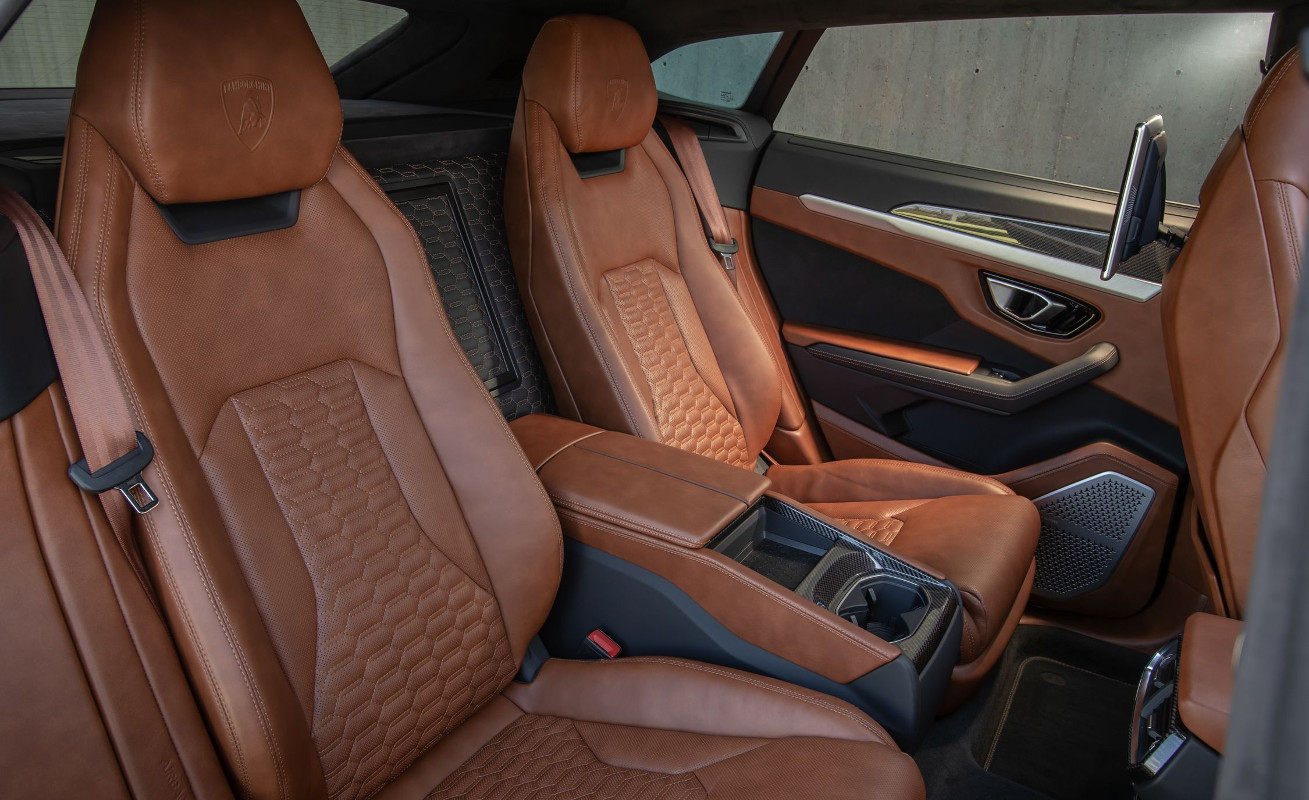 Inside, you can expect to enjoy a Bentley-esque cabin. It’s seriously luxurious with floor to ceiling fine leather and Alcantara trims with gorgeous black natural grain wood details. The seats feature a Q-citura pattern to better emphasize the car’s sportiness and the automaker’s superiority in interior design.

There’s also plenty of interior space, so you don’t need to worry about getting cramped inside despite the low roofline that gives it the sporty appearance. As mentioned above, it can fit 6 footers without a hitch. However, the window line on the front seats is rather high so you’ll be sitting low. Even the backseats won’t need you to slouch to not bump your head on the roof, so you can be guaranteed of comfortable seating.

The seats themselves are rather cozy, too. Unlike other sporty super SUVs, there are no ergonomic issues to be found. 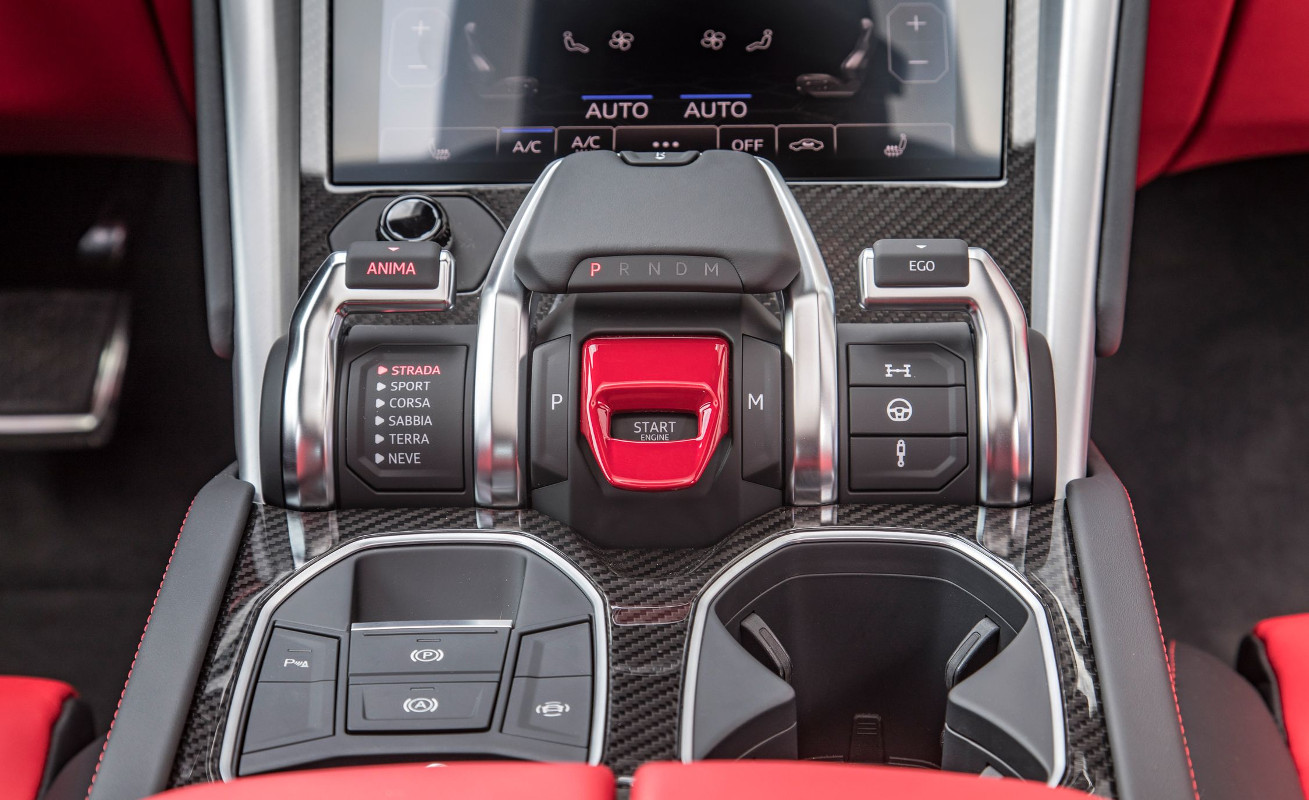 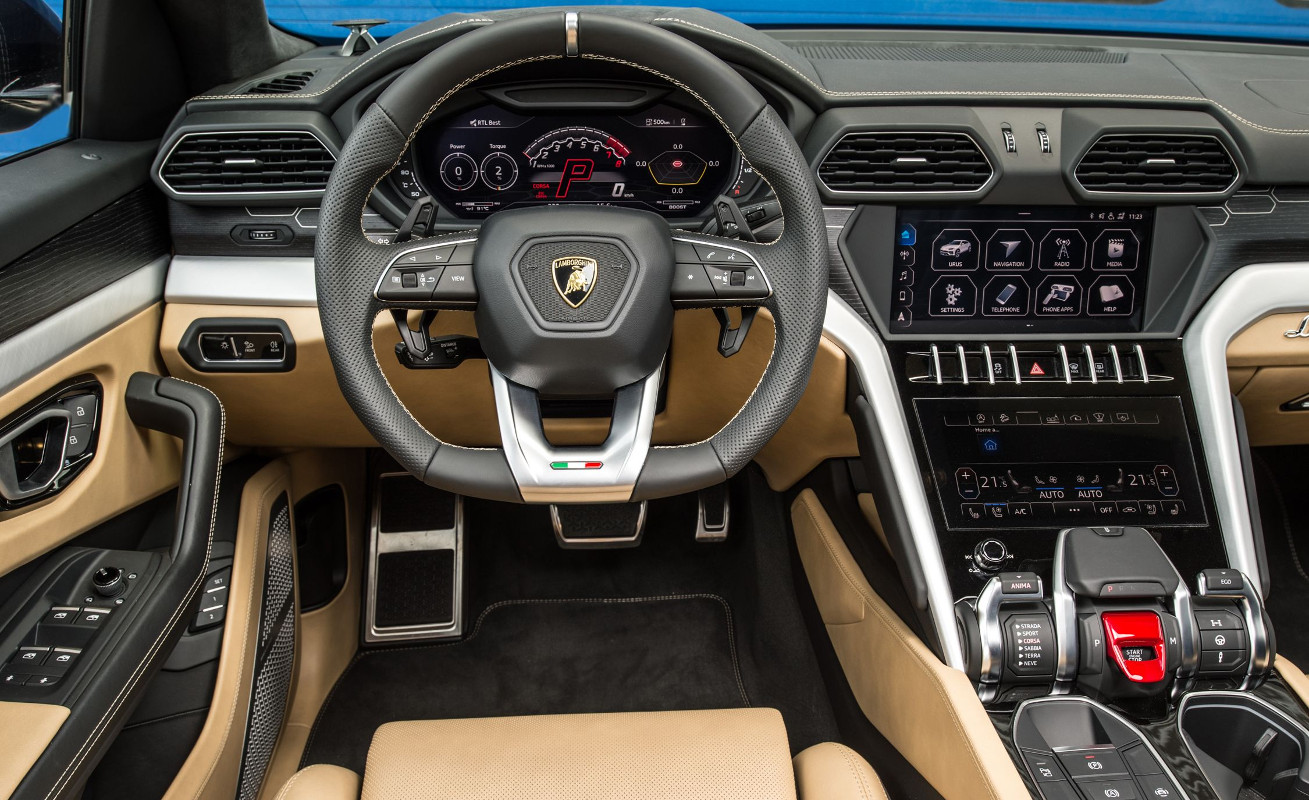 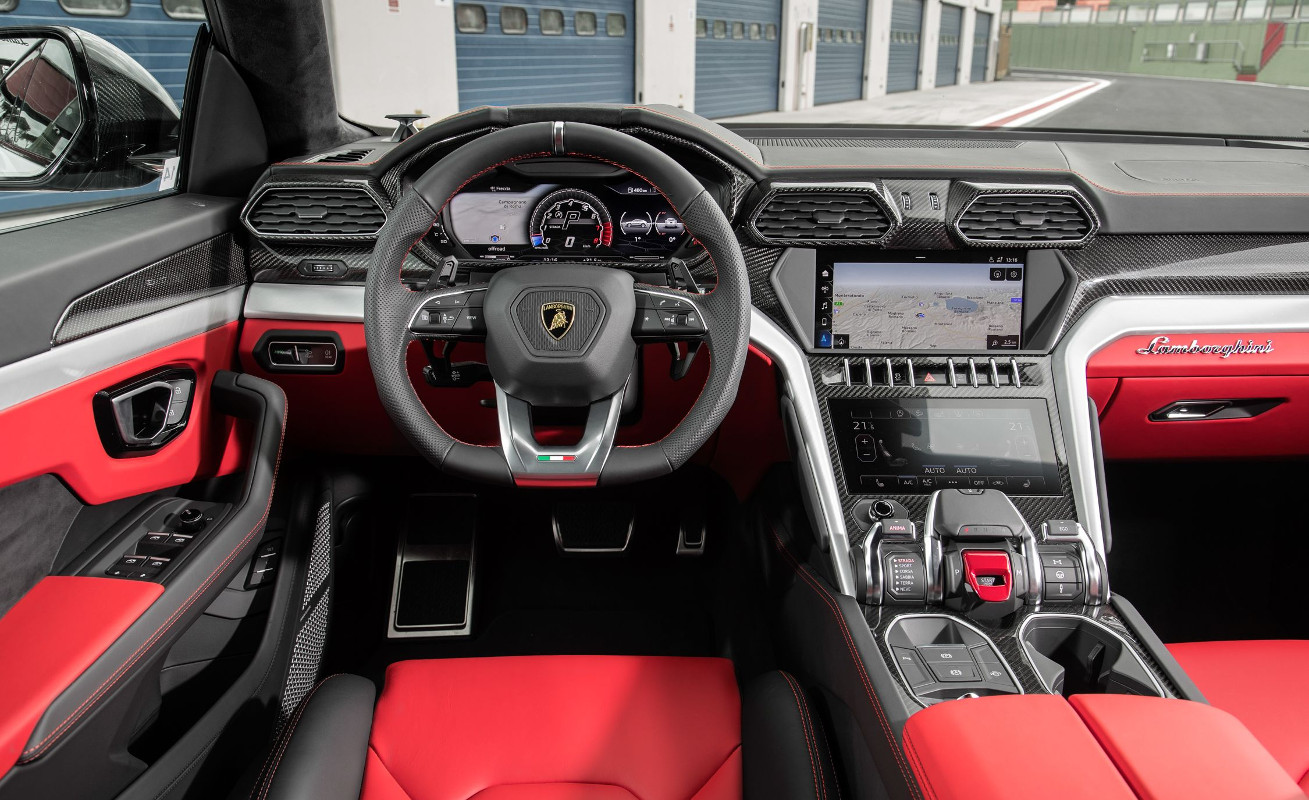 As expected of a Lambo, the tech of the Urus is jaw-dropping as well. Its dashboard will remind you of a jet fighter with its industrial-looking start button hidden underneath a red flip cover and a jet throttle-looking gear shifter. 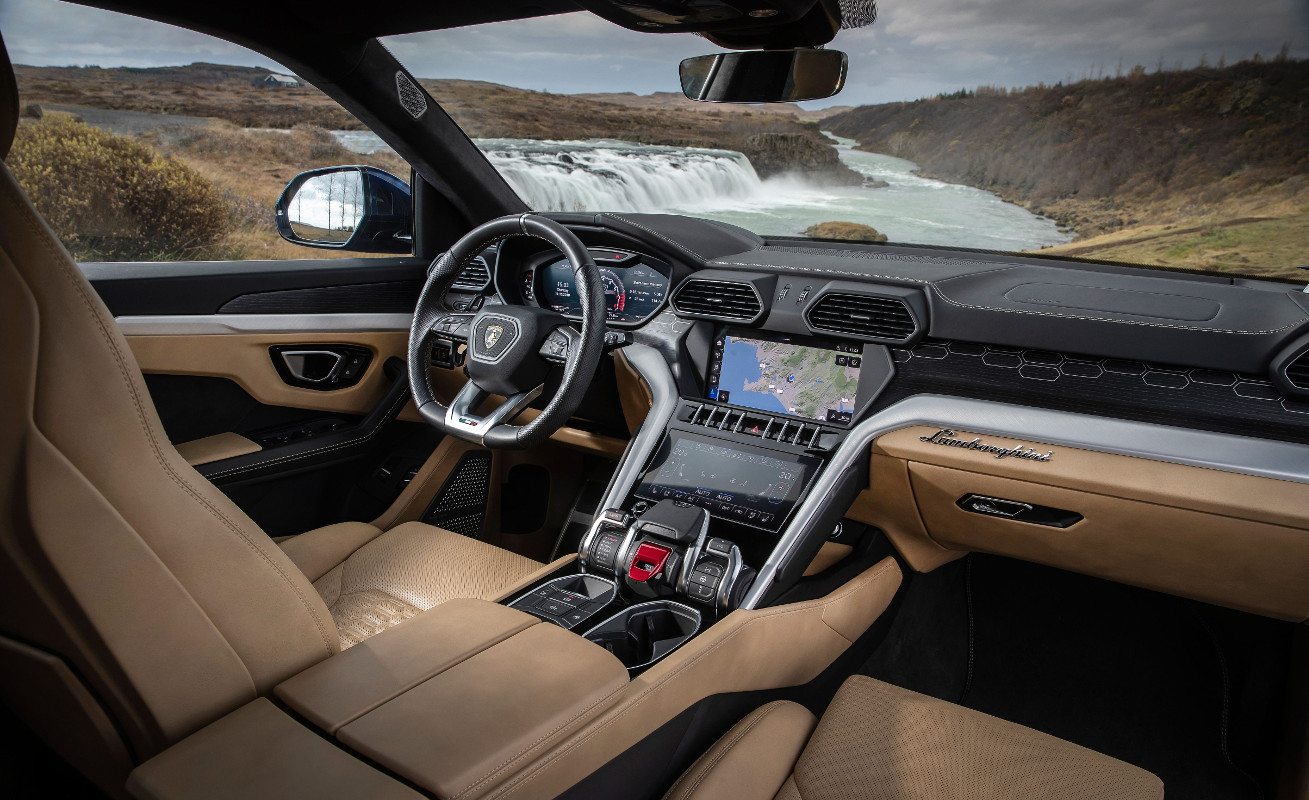 If you drive an Audi A8, you’ll feel familiar with the reconfigurable gauges and infotainment system of the Urus. Its digital instrument cluster sits behind the wheel while the upper center console controls your settings for navigation, infotainment, car, and phone settings. The lower console will let you control the car’s thermostat and seat heating. It also works as a scribble pad if you prefer to write stuff down instead of typing them in. 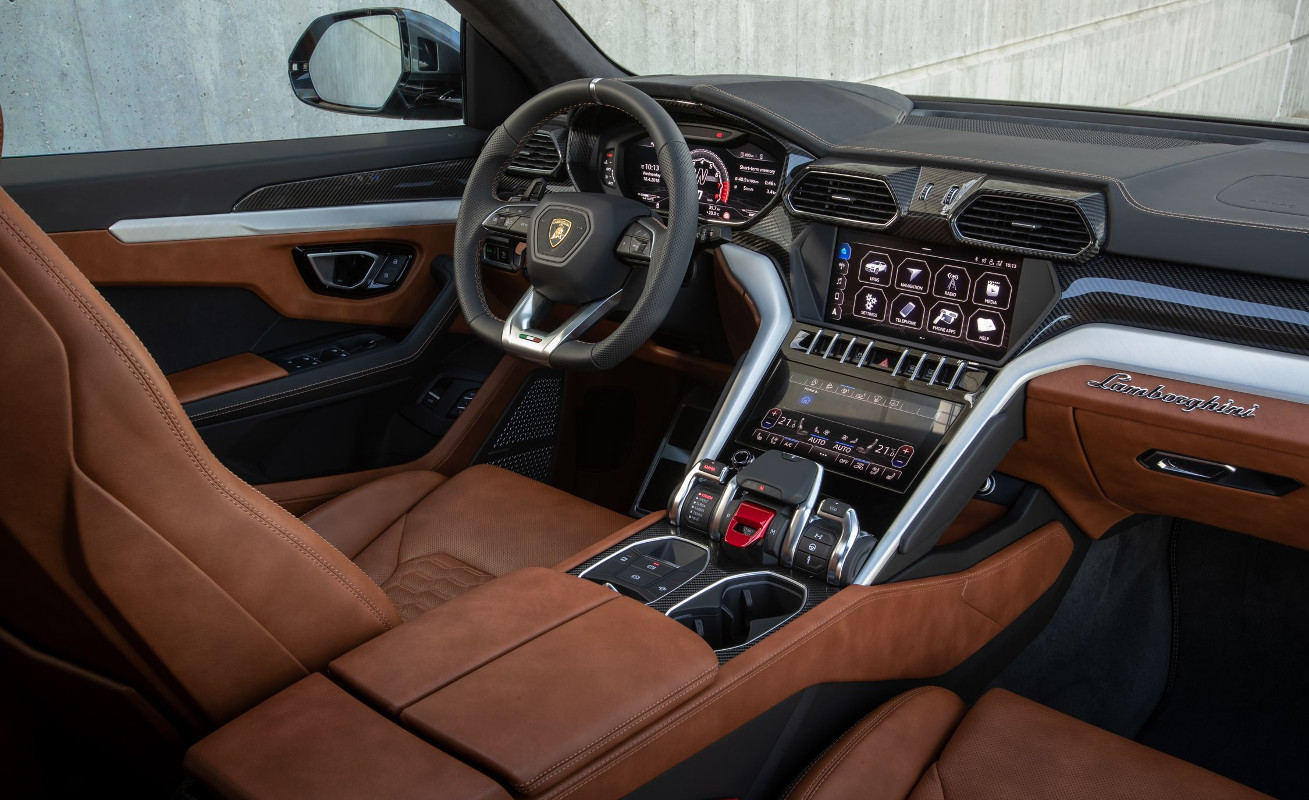 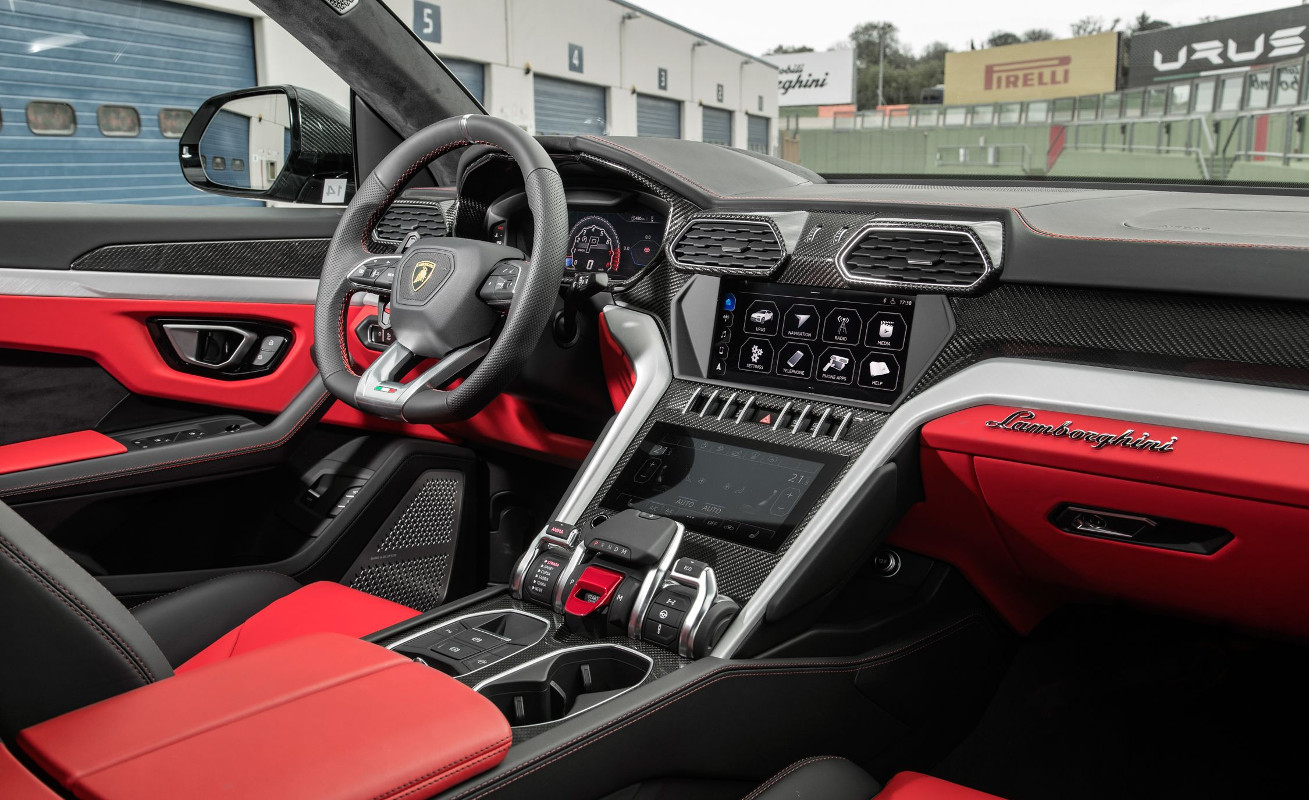 For audiophiles who only want the best sound system in their luxury SUV, Lamborghini also offers an optional Bang & Olufsen addition to the Urus. It’s a 3D sound system with 21 fully active speakers.

In terms of power, it might not have the insane V12 that other Lambos have but its 4.0-liter V8 engine will prove to be more than enough to give you an amazing ride. It can produce up to 650 horsepower that redlines at 6800 rpm and a 626 lb-ft of maximum torque. 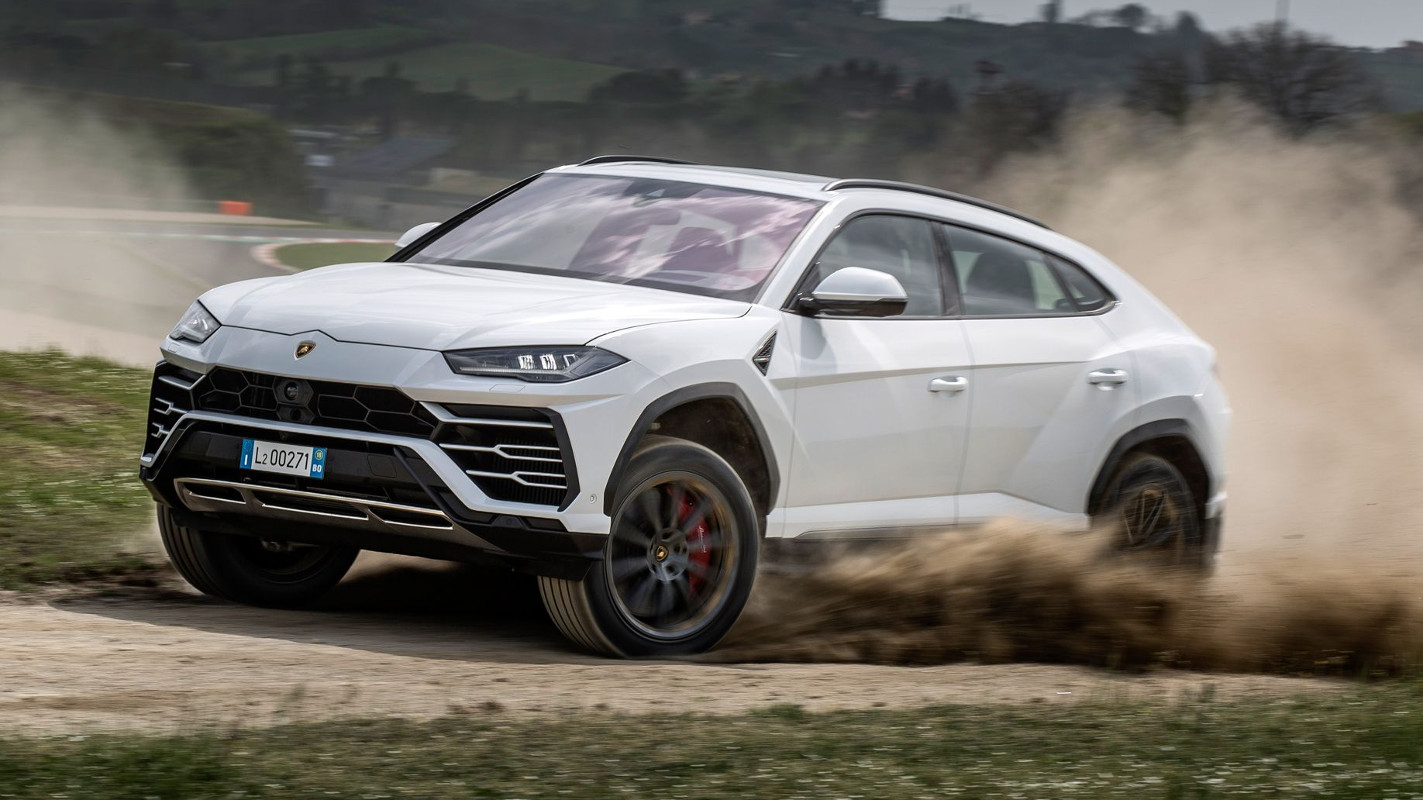 The Urus is seriously so powerful that some folks feel like it’s wrong for an SUV to have as much power. It can go from zero to sixty in just 3.0 seconds and cover a quarter-mile in 11.3 seconds at 120.1 mph that there are also those who don’t feel like they’re driving an SUV when handling this vehicle. 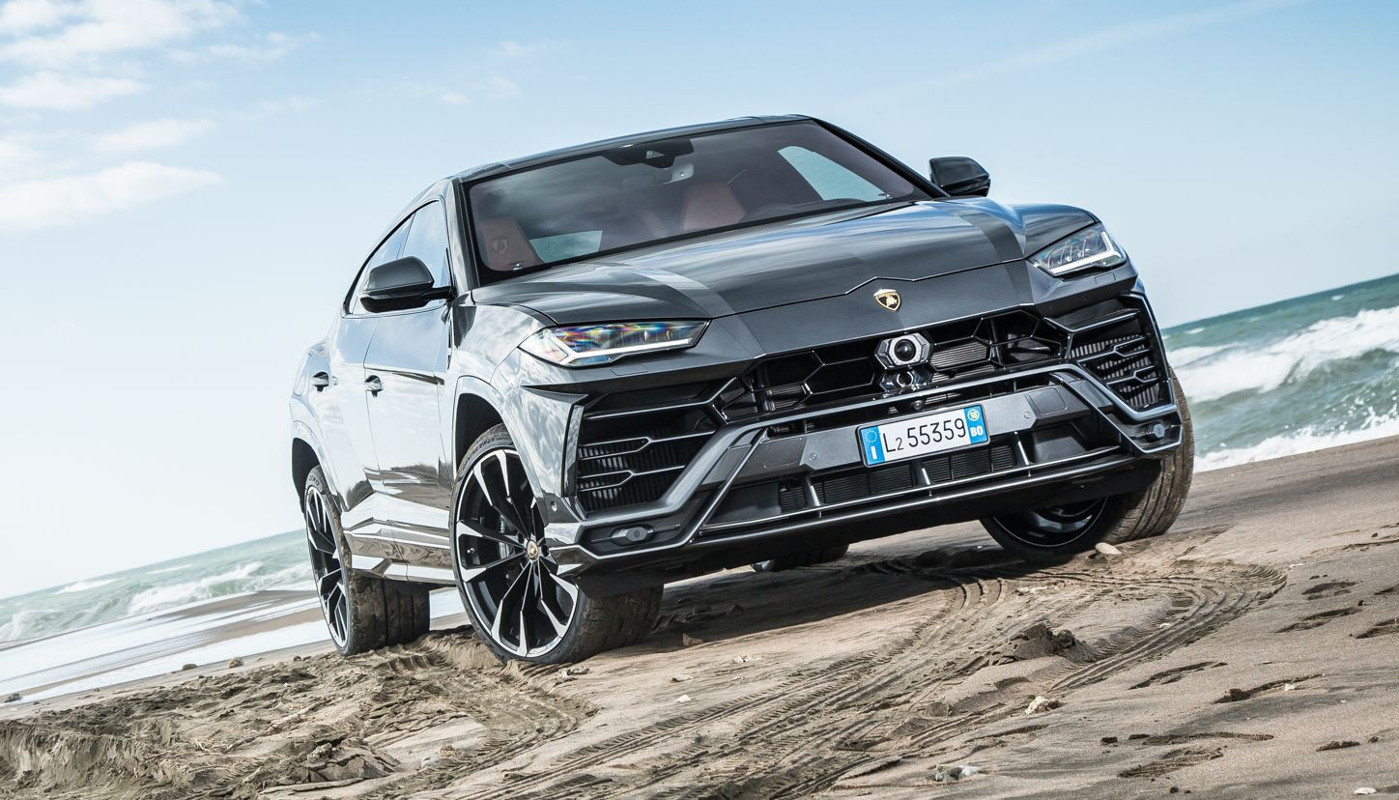 Thanks to its four-wheel-drive system that comes with a central self-locking differential, it feels more robust and sporty. Even with its height, it takes corners fast and flat which is astounding for its size. Because of these, it also becomes an exciting option for those who would love to drive their supercars around every day.

Top all of these with an amazing exterior and you really got yourself an SUV option for the supercar lover. It’s flashy no matter what wheel size you get but the 23” option will always be the most spectacular. There are tons of options to choose from, too, so you have multitudes of options to customize your luxurious ride.