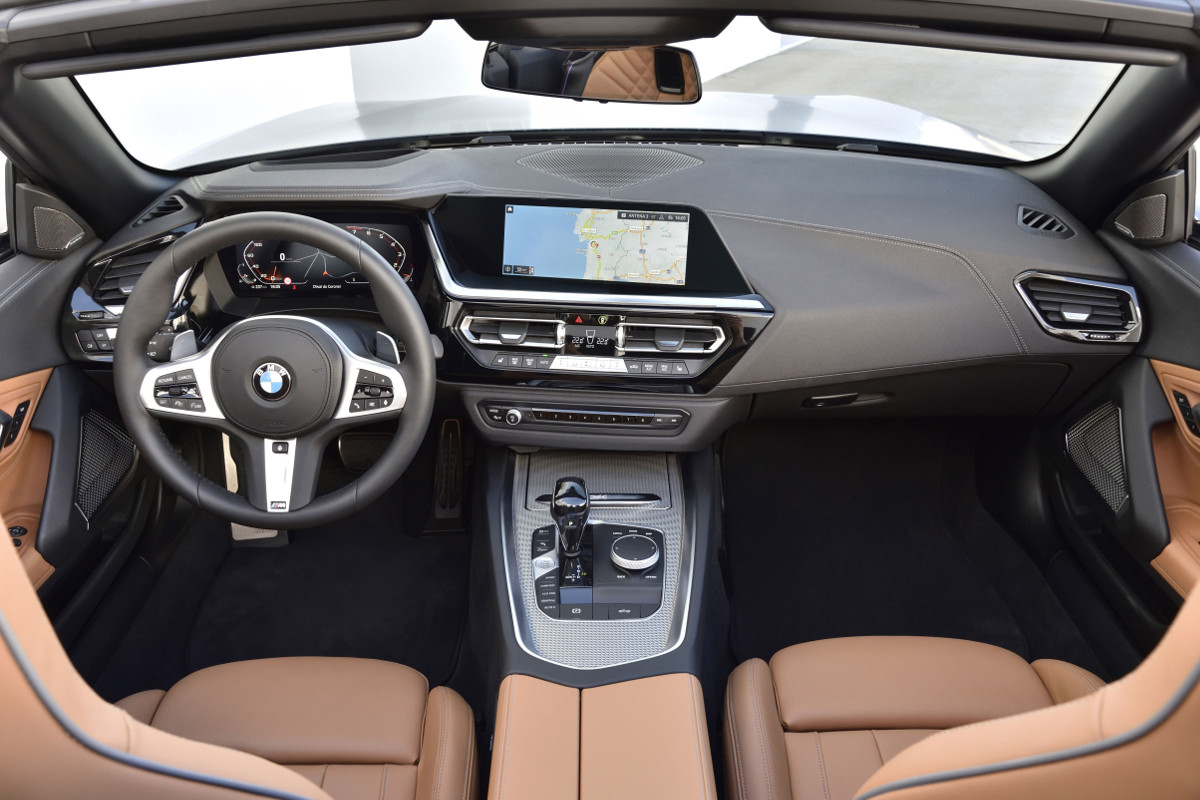 With the clunkiness of the old BMW Z4, it’s rather understandable why the German automaker decided to put its production on halt. The 4-year hiatus gave them ample time to regroup, resulting in the beautiful 2019 BMW Z4.

Hailed by some as the best driver’s convertible to date, it’s leaps and bounds better than its predecessor. It can certainly deliver a sports car mission. Naturally, it will be compared to various other popular sport cars and that’s alright because the Z4 will measure up and make the competition more exciting.

The most notable difference the new Z4 has is its soft top. As the biggest criticism of the 2015 version is its cumbersome retractable hardtop that added a lot of bulk and mass in all the wrong places. The latest iteration addressed that completely which is why it now looks more streamlined and sportier than before.

While the overall appearance of the Z4 still leaves lots of folks wanting more balance in terms of proportion, it still kind of works. Many would have wanted sharper features but it all works out with its styling.

When viewed from the front, it looks striking, muscular, and even bigger. It also has a very distinct look from the rear, making sure that bystanders will be pleased to watch you drive away.

What should be noted is that it looks magnificent with its top down. With the roof up, it can look a bit frumpy but since convertibles are bought to be driven around with the top down, it still works for the best.  It looks more grown-up compared to its predecessors, making it more attractive for lots of people.

Its cabin is notably cozy and handsome, too. It features a lot of similar upscale features as its other BMW siblings so you will not miss out by getting a Z4. Its black SensaTec faux leather that covers the dash looks and feels luxurious. Combined with the expensive Ivory White Vernasca leather that covers the seats and door panels, a striking contrast is achieved, making the Z4 a lot more eye-catching.

You can also expect to see BMW’s latest tech on the Z4’s dashboard. BMW’s wireless Apple CarPlay is often commended for its seamless performance, so that’s always a great start.

It also comes with the iDrive 7.0 system which is composed of 2 digital displays which help make it look more high-tech. One is a 10.2” digital gauge cluster that you can configure to display the information you need while driving. The other is also a 10.2” infotainment screen that you can use for navigation or other display purposes. Both are touch and click-wheel responsive and are compatible with Apple CarPlay. You can also opt to use additional input options on the center console with its voice control system and handwriting board.

On premium trims, a head-up display, wireless charging, and onboard wi-fi hotspot are also available. If you want an upgrade on your sound system, you can also opt for the Executive package that comes with a Harmon Kardon audio system.

As for its performance tech, the Z4 is equipped with pedestrian detection, low-speed automated emergency braking, and forward-collision warning. Cruise control settings, automated high-beam headlights, and self-parking are optional additional features that you can get as extras.

When it comes to its performance, it’s also a lot better than its predecessor. It’s equipped with a powerful 255-hp turbocharged four-cylinder base engine with an eight-speed automatic transmission and a rear-wheel drive, so you can expect a lot of power.

Experts agree that it’s one of the best-handling BMWs in years with its crisp steering, quick-shifting transmission, effortless power, and doesn’t lag at lower revs. Even when under hard use it still manages to sound muscular.

Just how powerful is this beast? It reaches sixty in just 5.1 seconds and covers a quarter-mile in 13.8 seconds at 102 mph. It might not be the fastest but if speed isn’t exactly what you’re after, the Z4 will already be more than enough for you. It also offers more room for experimentation, as playing around with the paddle shifters and driving modes promises to return more decisiveness and speed.

Unfortunately, it doesn’t come with a manual transmission, so those who love driving stick might find this bit disappointing. If this doesn’t matter much to you, though, its other offerings will definitely convince you that it’s a good sports car.

As for its ride, you don’t have to worry scuttle shake. BMW says that the Z4 is the stiffest convertible that they have ever made so you can count on it to handle rough surfaces very well. Its Comfort mode, in particular, makes rides a lot suppler that some find the Z4 suitable for long-haul drives and commutes. If you’ll also opt for the additional Adaptive M suspension, you can further improve your car’s balance and boost the smoothness of your ride.

In conclusion, the 2019 BMW Z4 can be the perfect match for those looking for the best-handling coupe-slash-sports car. It’s a practical choice, too, offering a solid option for lots of petrol heads.

The Stylish Arrival of the 2019 Chevrolet Blazer