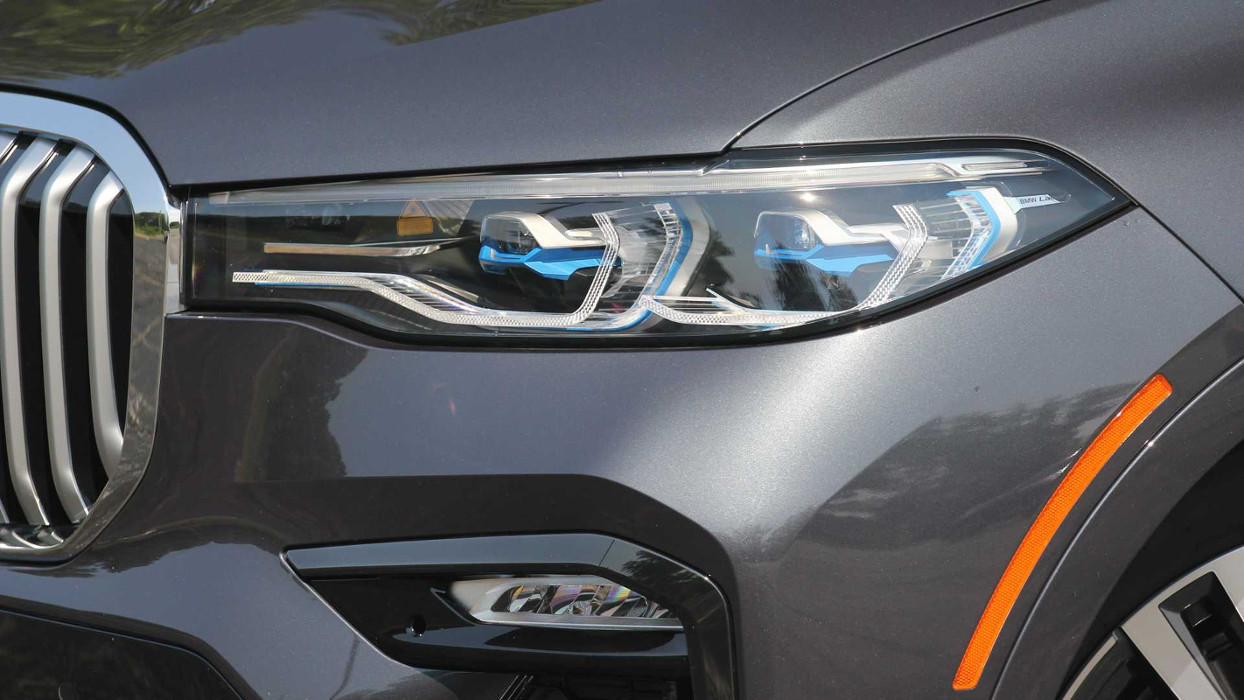 Quick and quiet is not how most will expect a vehicle this size to perform, but BMW delivers this and much more, in luxury, with the 2019 BMW X7.  It is a luxurious seven-passenger, 4-door hatchback, luxury SUV, which combines utility and sophistication. The distinctly relaxed roll you get from this vehicle is something you would expect from a luxury sedan like BMW’s 7 series, but this vehicle which is a lot taller and heavier makes it a bit surprising at times. The x7 comes in two models. The 50i is powered by a V8 and has some additional features and comforts not included in its companion the 40i, which remains a great option for those who prefer the subtle performance of a straight six.

One area that is not lacking in these vehicles is under the hood, where you’ll find a turbocharged 335 HP inline six for the xDrive40i, and a twin-turbo 456 HP V8 engine for the xDrive50i. Both deliver more than enough power for the drive to feel amazing and luxuriously swift. Tests conducted by reviewers reveal that the x7 50i can go from zero to 60 in 4.6 seconds, astonishing for such a large vehicle.  Both engines also deliver on the fuel efficiency front with testers finding them averaging 3mpg better than their already impressive EPA fuel economy ratings. This lowers the running costs of the car, especially for those who like to drive long distances, and is a stark difference to the abysmal fuel efficiency numbers of many other brands in the luxury SUV market.

With that in mind, it is good that the folks at BMW included an effective Sport Mode. This shifts the performance of the suspension to become a bit stiffer and many owners may like to use this mode as their main choice if they drive themselves a lot. The other modes available have their own strengths and the driver can pick the right one for the job quite easily using the car’s great controls. The car features large brakes, roll bars with active anti-roll capabilities, rear-wheel steering, and on the v8 model, a rear differential with electronic controls. However, the overall design of the vehicle does mean it does not have the lateral stick of others in this market segment. 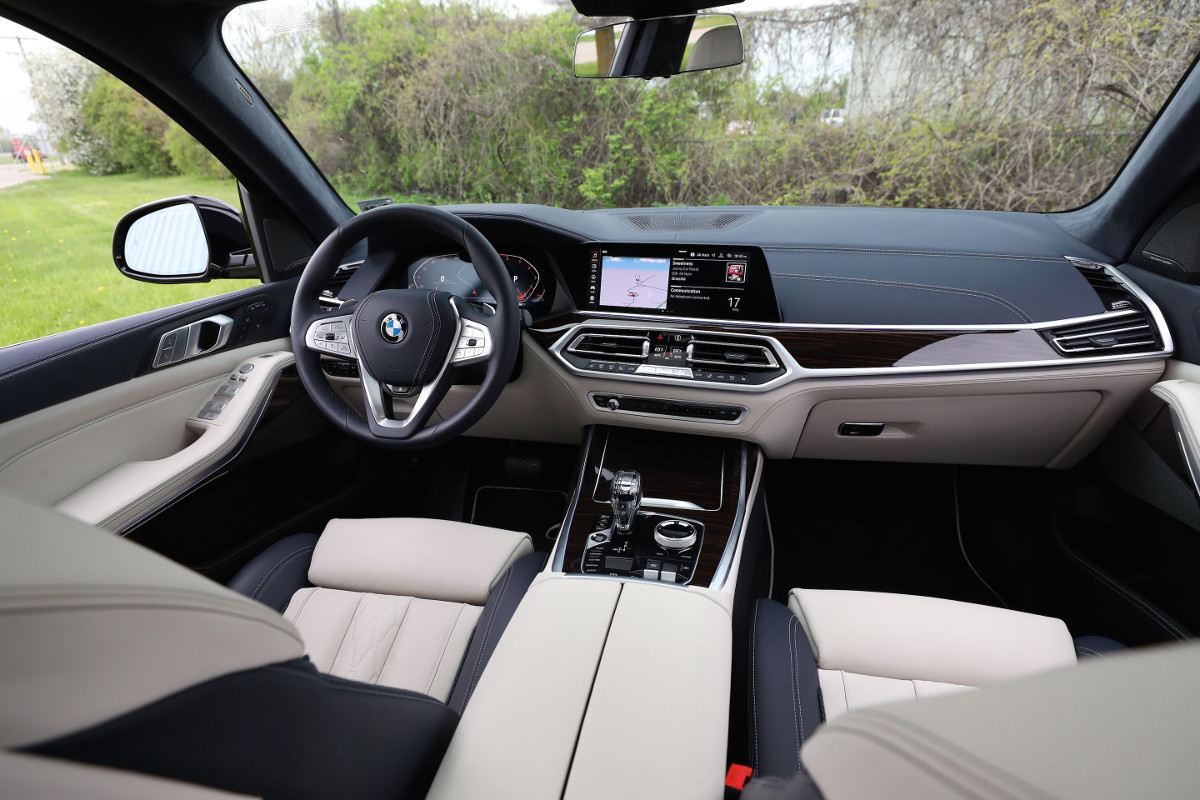 The interior of the cabin has a grand and posh feel to it and, as it is a full-size luxury SUV, it has just the right amount of legroom in all rows. The seats are power-adjustable, with the middle row folding and adjusting forward to allow access to the third row by itself on command. Automatic ignition and approach lights make the car feel modern and sophisticated. In comparison to the models like Mercedes-Benz’s GLS, the legroom of the X7 is a bit smaller, but only just. The interior of this vehicle is also very quiet during travel, a mere 64 decibels, which is extremely quiet for a car with this much power and size. 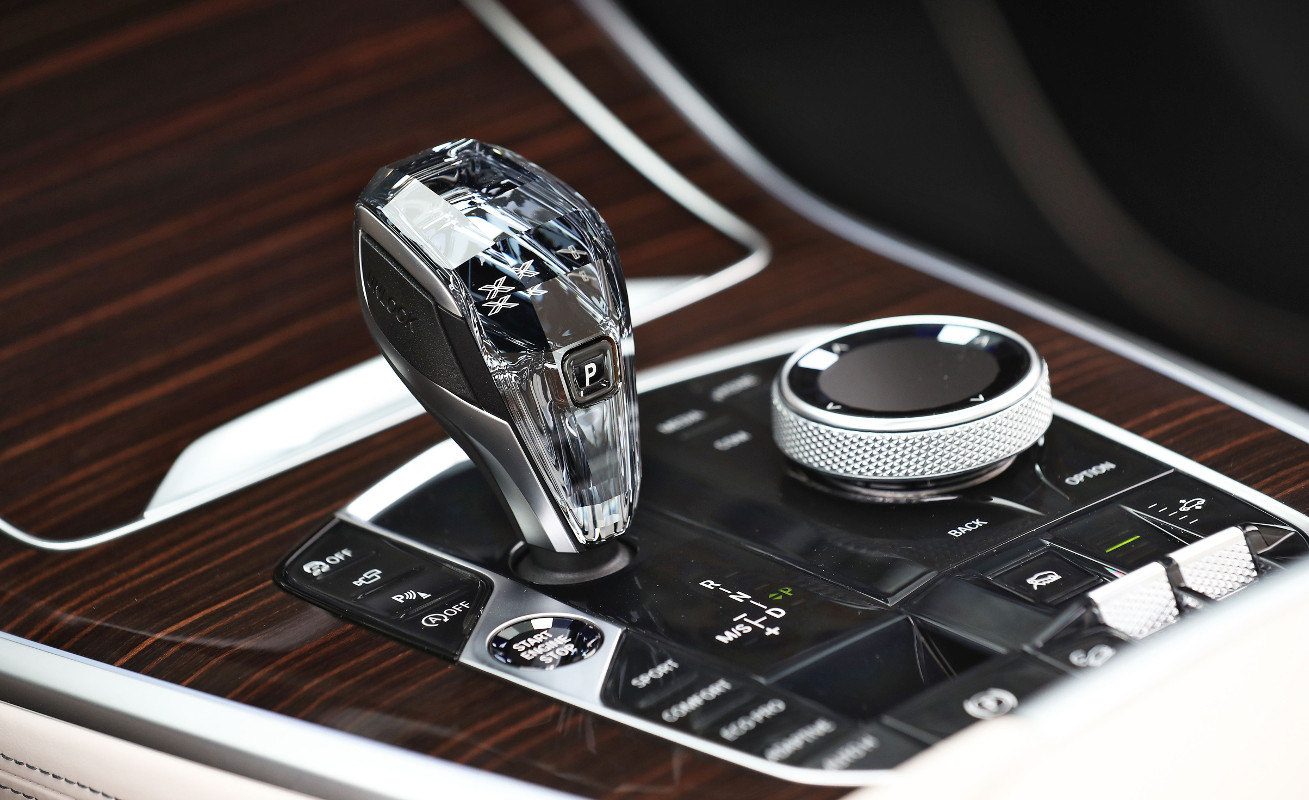 For the driver, the experience of operating the x7 is on another level. Starting from the seat, which can be adjusted on a variety of points to ensure the best possible fit, is extremely comfortable. With 20 various ways to adjust, that perfect fit is quite easy to achieve. The dashboard itself is populated by an instrument and control panel that would be familiar to owners of BMW’s of all models. This classic dashboard configuration that is shared across most models of their cars is very safe and smartly arranged so that information about the vehicle and driving conditions, as well as secondary controls and features are easy to see and manipulate, even while moving at the quickened pace this car is capable of. The controls for the vehicle’s heating, ventilation, and air conditioning are accessible by the driver and his passengers.

Both the 40i and 50i have outstanding braking systems that are able to bring the vehicle to a stop quickly. The 50i has a special brake system upgrade as part of the M Sport package which brings it to a stop from 70mph 15 feet less than the standard brakes on the 40i, as low as 169 feet according to some testing outfits. There are also some additional upgrades to the braking system available from the company, but it might not be recommended for those who drive mostly in the cities as the sharper braking will make it difficult to create smooth movement during stop and go traffic.

The 2019 BMW X7 is a great example of the application of high tech new technologies and proven manufacturing quality delivered by a competent expert company for maximum luxury. BMW’s ability to create a utility vehicle that feels like a luxury sedan shows its commitment to providing the best experience possible for their clients. Anyone looking for such a vehicle could not go wrong with choosing this car.