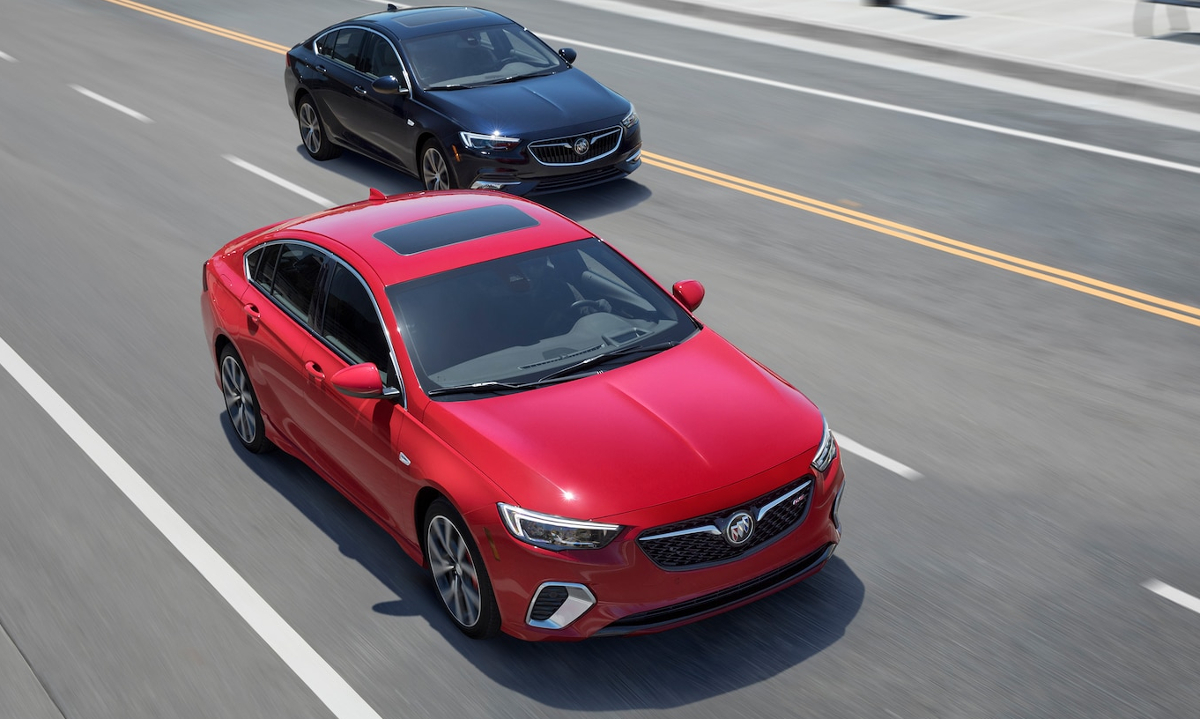 The 2018 Regal GS looks flashy and luxurious, and the car does not disappoint. Apart from its head turning appearance, the GS also boasts of a 310 hp 3.6 liter V6 engine and torque vector AWD. This offering from Buick also has a spacious interior and does well enough for what it is supposed to do.

If the GS looks bigger than the previous version that’s because it is. It’s 0.2 inches wider, 27. inches longer and the wheelbase is 3.6 inches longer. The interior is spacious and the cargo hold is 32 cubic feet, large enough to meet the demands of many drivers.

But if that is not enough you can expand the cargo hold to 61 cubic feet. You can do this via the 40/20/40 back seats flat. Just to give you an idea of how roomy it is, the Envision, Buick’s biggest 2-row crossover, has a storage of 27 to 57 cubic feet. One of the things we have to point out is the hatch is on the heavy side. But that is really a small price to pay given the space you get.

The 2018 GS is 200 lbs lighter than the previous edition so that’s another thing going for it. So even if the curb weight is still a couple of tons this is still a lighter version.

The Regal has three modes: GS, touring and sport. There are differences between these that you’ll feel as you drive. The most important difference though is that sport and GS generate faster transmission and also more often. Suspension is also firmer in these two modes regardless of the terrain.

The GS is equipped with a 2.0 liter turbocharged engine with 250 hp. This is similar to the specs on the Regal Turbo, the GS goes from 0 to 60 mph in 5.6 seconds, which is faster than 301 hp Camry from Toyota and Acura’s TLX.

The Buick Regal has more horsepower than the Sportback, but in the 0-60 mph test it’s faster by just 0.2 of a second.  But what the Regal may lack in speed is more than compensated for by its spacious interior.

How much engine power is used depends also on the mode. But no matter what mode you pick, the Regal will always feel smooth. Responses are sharp and buttons respond well when pressed.

So the Regal may not be the most powerful car in its class, but for the price and performance it does very well in all the important departments. The built, from the electronics to the paint job, are all top notch.

A lot has been said about how spacious the cargo hold is, but we must not overlook the seats. They’re plush and comfortable, exactly what you need when drivi8nig for hours on end. The seats also have ventilation, heating and massage, in short all the features you need for comfortable driving. 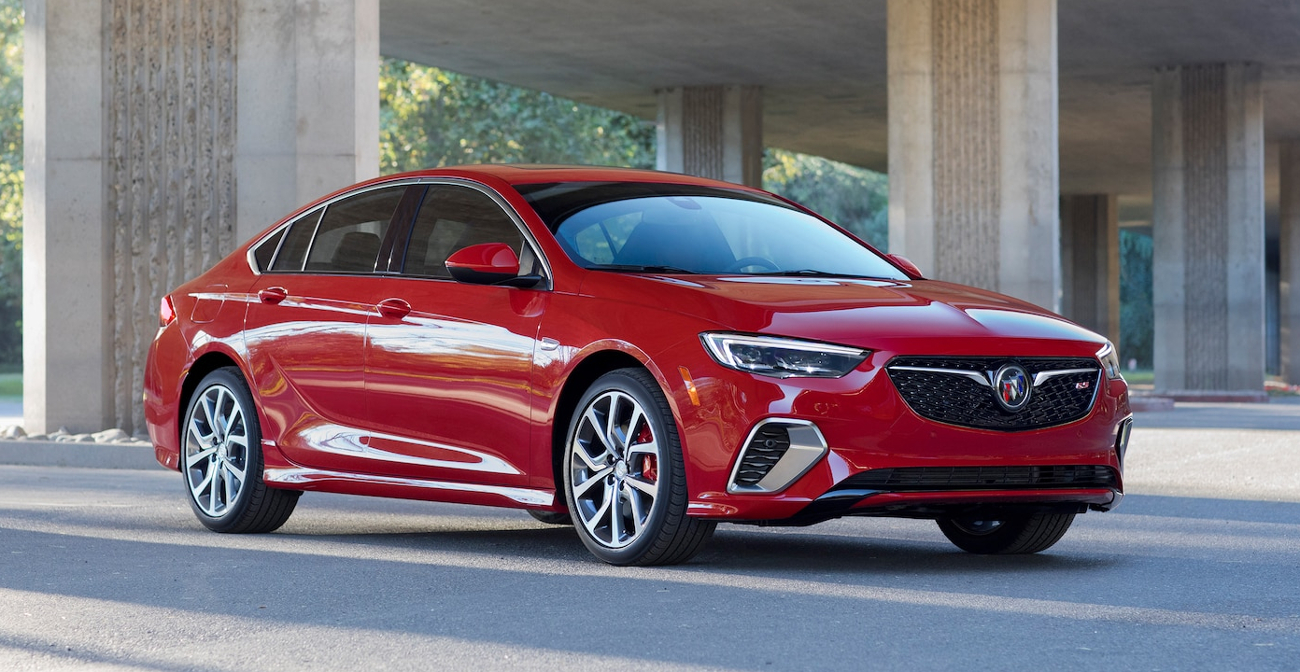 The GS drives smoothly especially in a straight. Due to its heft the GS isn’t as fast in the corner. Like the Sportback the GS has the Continental all-season tires that run well on different terrains.

Handling and steering are nothing special but they run as well as you’d expect. The brakes are responsive but needs a few more feet of space to brake when over 70 mph. The car also comes with a twin-clutch torque vectoring rear differential that adds power to the GS.

The differential tuning on the GS is milder compared to the RS from Ford. The configuration over drives the GS outer rear wheel, keeping the torque steer down. For the driver this means simpler handling when making turns.

This does mean some extra effort when at the mid corners but it’s not a big deal really. Under steer won’t be a problem thanks to the corrective tail yaw. With its stability control you’ll have an easier time controlling the throttle.

The GS is an enhanced version of the standard Regal, albeit in specific areas only. This is not a bad thing per se since the base Regal is good enough. There are improvements in handling, performance, suspension and transmission.

The controls on the dashboard are intuitive and easy to understand. Switching from one mode to the next is straightforward and the suspension holds up well. The car also does a good job of keeping outside noise away, and performance wise it is better than others in its price range.

The GS is more than just a roomy car, though for some folks that will be more than enough. It is easy to handle and has that premium look and feel you’d expect from more expensive cars. The regular Buick looks great as is, but the GS has it beat not just in terms of aesthetics but overall quality.

Everything You Need to Know about the New Presidential Limo