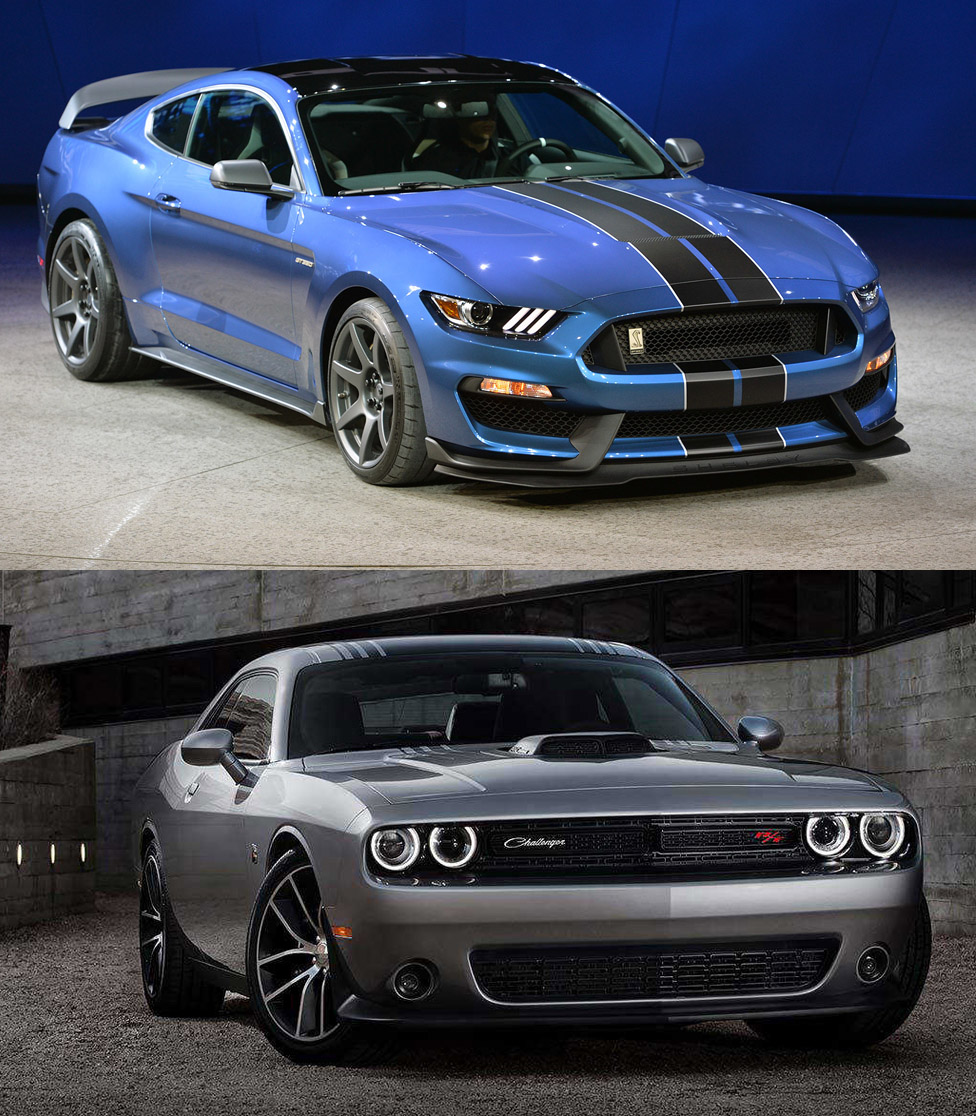 Muscle cars are back in the scene, what with excellent models from Ford, Dodge, and Chevrolet now available. Two models—the 2016 Ford Mustang and the 2015 Dodge Challenger—are particularly getting a lot of praises because of their relatively reasonable prices and high quality performance.

The Ford Mustang was successfully reinvented last year, with new gadgets, interior, and styling complementing the suspension. A turbocharged, 4-cylinder engine was also added to the list of engines available for the famed pony car.

In 2016, the Ford Mustang returns with three option packages including the highly anticipated Mustang Shelby GT350. The 2016 Mustang, however, is a very modern sports coupe with a comfy and upscale interior, independent rear suspension, and high-tech amenities you would expect from a 21st century car. Plus there’s also a good list of engines to choose from, including a turbocharged 4-cylinder.

Thanks to the independent rear suspension, which is a first in Mustang’s checkered history, the 2016 model is a lot more nimble than its predecessors. This makes the Ford Mustang ideal for day-to-day driving. All Mustang models, regardless of the engine, are quick. Those with the V8 engine, however, have the auditory rumble that some driving enthusiasts are crazy about.

The Mustang also has a very cool interior design. All audio and climate controls are within easy reach of passengers and drivers, and all seats are comfortable and luxurious. There are a couple of rear seats which may not be enough for long term use, though, given the poor headroom.

The Dodge Challenger was also given a facelift for 2015. Aside from the high performance Hellcat model, it has gotten an upgraded interior and a new eight-speed automatic transmission.

There’s also the 6.4 liter Hemi V8 engine that can churn out 485 horsepower and 475 pound feet of torque. Finally, there’s the 6.2 liter supercharged Hemi V8 that powers that SRT Hellcat, with an output of 707 horsepower.

All Challenger models are fun to drive, but there is no denying that the SRT Hellcat is the cream of the crop, so to speak. Its power is so impressive that it can easily accelerate on any given moment, and leave other cars biting its dust. It has a stiff highway ride.